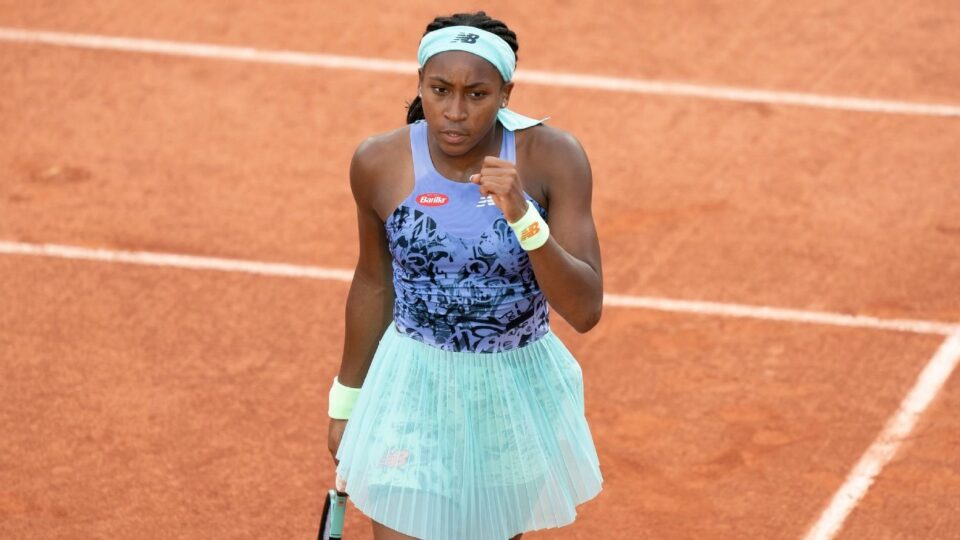 At just 18 years old, tennis star Coco Gauff is advancing to the Grand Slam semifinals for the first time in her career.

On Tuesday, Gauff beat out her friend Sloane Stephens in the French Open to reach her first Grand Slam semifinal, the Associated Press reported. Her win came one year after the then-17-year-old lost in the French Open quarterfinals against Barbora Krejcikova.

“It was just a mental challenge today,” Gauff said. “Last year in the quarterfinals, it was a tough loss for me and I think that match made me stronger and better prepared for the tough moments today.”

The teen athlete arrived in Paris for the big match but made sure to bring her high school diploma along to pose for photos in front of the iconic Eiffel Tower.

Gauff swept Stephens in straight sets,  7–5, 6–2, in a matchup between the two American players. Her latest win against the 2017 U.S. Open winner adds to her growing list of accomplishments including being the youngest qualifier in Wimbledon history at age 15 and beating tennis legend Venus Williams there in 2019.

Her victory against the less decorated half of the Williams sisters came after she won the French Open junior title at age 14.

“I believe in myself. Even last year, I was too focused on trying to fulfill other people’s expectations,” Gauff said.

“I know no matter how good or bad my career is, I know I’m a good person, so I think that’s a good message for young people…Just know: If you love yourself, who cares what anyone else thinks?”

In Gauff’s five matches at the French Open, she has yet to drop a set and hasn’t needed longer than 90 minutes on court, as noted by ESPN.

“I feel so happy,” Gauff told the crowd at Philippe-Chatrier after the win. “Words can’t explain.”