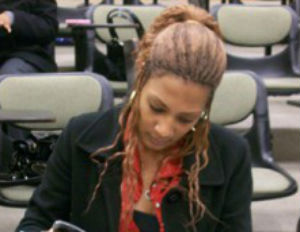 The following is a portion of a commentary that originally appeared in Education Week.

Are today’s young people hopelessly mired, as pundits and researchers claim, in a selfish, achievement-obsessed culture? And is the college admissions process–commonly assailed for creating an arms race among students and parents that fuels selfishness and achievement frenzy–destined to remain a fundamental part of this problem?

Maybe not. A large group of key stakeholders in the admissions process are saying, “Enough.â€

About a year ago, Making Caring Common, a project that I [Richard Weissbourd] co-direct at the Harvard Graduate School of Education, hosted a meeting of college admissions deans, high school administrators, and guidance counselors, character education experts, and other stakeholders. The meeting focused on how the college admissions process might collectively send messages that reverse those trends. The result of that meeting is a report,Â Turning the Tide,Â Â that has now been endorsed by more than 75 key stakeholders in the process, including the admissions deans of all the Ivy League schools, and deans and administrators from a wide array of other colleges.

For perhaps the first time in history, a broad range of colleges have come together to send a powerful collective message that what’s important in admissions is not high numbers of impressive accomplishments or long “brag sheets.â€ Yes, academic engagement matters, but so does meaningful ethical engagement, especially as shown in concern for others and the common good. The report also redefines ethical and intellectual contributions to more fairly capture the strengths of students across race, culture, and class.

What, more specifically, does our report recommend? And how might more high schools play their part in stopping the arms race and inspiring in students a concern for others and the public good?

First, we argue that what’s important in terms of service is not whether it occurs locally or in some distant country, or whether a student shows leadership.