Are the College-Educated Deciding this Election? 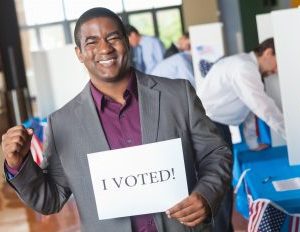 I subscribe to the e-mail list of the Chronicle of Higher Education. A few weeks ago I noted this intriguing headline: “Why the College Degree Seems to Be Deciding the Presidential Election.”

It’s certainly debatable whether or not that’s true, but there’s no getting around the fact that Donald J. Trump’s base is largely not only white, it also largely lacks a four-year college degree.

This article describes the concerns of those who lost manufacturing jobs starting in 1981, says Anthony Carnevale, director of Georgetown University’s Center on Education and the Workforce.

“People want higher education to be cheaper, faster, and better, and to connect them to employment,â€ Carnevale is quoted in the piece. He also said that the Trump base isn’t “about college. They are about the fact that we don’t have manufacturing jobs anymore.â€

If you’ve been following the presidential election campaign, then you’ve heard about the divide in voter preferences between people with and without college degrees.

A surveyÂ in August by the Pew Research Center found that, among registered voters with at least a college degree, the Democratic nominee, Hillary R. Clinton, had a 23-percentage-point lead over the Republican nominee, Donald J. Trump.

AndÂ polls indicateÂ that Mr. Trump may be the first Republican nominee in 60 years to lose among white, college-educated voters.

What’s going on? Experts who study college attainment and political science agree it’s a hard question to answer, and resist making generalizations. But here’s a primer on other things to consider, as the campaign enters the home stretch, when presented with statistics that involve the 2016 presidential election and the college degree:

If a study doesn’t specify, the research usually refers to people who have four-year bachelor’s degrees, not those who attended some college but did not earn a degree, have associate degrees, or received job-training certificates, said Sandy Baum, a higher education expert at the Urban Institute who also consulted on Clinton’s college affordability plan. If studies were tracking voters who had only two-year associate degrees or job-specific certificates, then the numbers would probably be different, she said.

John T. Scott, chairman of the political-science department at the University of California at Davis, said separating voters based on their college attainment and noting a difference in their political views is nothing new. “This is a continuation of a trend,â€ Mr. Scott said. “Broadly speaking, what we are seeing is part of a trend that has been going on for probably about 20 years or more. And that has a lot to do with changes in the economy.â€