Savvy Ways to Save For Your Child's College Eduction 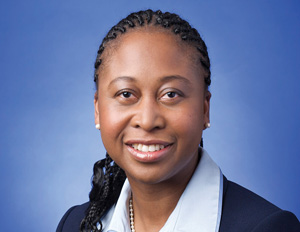 “The optimal time to start college planning is at birth,â€ says Brown, who is herself the mother of a 4-year-old. “You will need the 18-plus years to smooth out your savings and take greater advantage of tax benefits.â€ Brown says that starting early gives parents the benefit of compound interest over years. “The money will grow for you. You don’t want to wait until your child goes to college and pay for it out of your cash flow.â€

Brown says it’s best to think ahead and to see saving for college as one of your expenses–in addition to all your other expenses.

What’s the best way to save money over the 18-plus years? Brown recommends 529 savings plans, named after section 529 of the Internal Revenue code. There are down sides: The investments in 529 plans are restricted to those offered by the program manager, who is chosen by the state; for example, the investments in the New Jersey plan are from Franklin Templeton. Brown points out another potential drawback: If the money in a 529 is not used for qualified educational expenses (defined as tuition, fees, books, even computers and Internet access), the earnings withdrawal is subject to a 10% penalty and will be taxed at income tax rates.

But Brown says the tax benefit and the tax-free growth of 529 plans recommend them. “If the money is in your own account you could possibly be paying capital gains distribution and interest and dividends on the money each year.â€

Brown stresses the need to begin saving early. “Calculate the amount you need to save annually by determining what type of school you’re saving for.â€

Brown also advises not just socking money away, but reviewing and rebalancing a 529 plan just as you would a stock portfolio. “The 529 portfolio should be checked to see that the asset allocation is appropriate for the age of the child. The investments should become more conservative as the child gets closer to attending college.â€

Brown advises applying early for financial aid. Don’t wait until you’ve done your taxes. You can file the FAFSA as early as Jan. 2, so go ahead. Just use last year’s tax numbers and update them after you complete your taxes. Brown says colleges disperse aid on a first come, first served basis, so the earlier you file the FAFSA, the greater the chance that more aid will be available to you.

Some private schools require another form in addition to the FAFSA–the CSS Profile–which charges a nominal fee to complete.

She advises parents to think of anything that could potentially increase their EFC–expected family contribution–such as a bonus or exercising stock options. Income is considered at a higher rate than assets, Brown says, so having high income but low assets would work against you.

Again, Brown advises–you guessed it–starting early. Don’t wait until your child is 18 and applying to college to begin applying for scholarships. Some scholarship money is available to children as young as 13, such as the grand prize of the Google Science Fair.

But Brown warns that scholarship money can reduce a student’s financial aid package. “If you get a scholarship, ask that the loan portion of your aid be reduced first. Don’t assume that the school will automatically do that.â€

Brown notes that the large, generous scholarships attract a lot of applicants and are therefore difficult to win. She advises seeking out smaller scholarships, which can add up. Check your church, local organizations, credit unions, etc. Many offer scholarships to their own members or to those in the community.

Are you a millennial dealing with paying off student loans? In a future post, Dawn Brown will discuss the best strategies for paying them down.