Why Some College Grads End Up in Low-Paying Careers 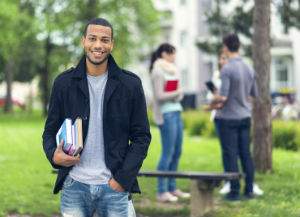 I just interviewed Jessica Pliska, founder and CEO of Opportunity Network. I’ll be writing a post about that interview next week, but excerpted below is an important article she wrote for Diverse Issues in Higher Education on career undermatching, an issue I obliquely touched on this week without knowing that term.

Not only does Pliska know the term, she coined it. She and her team are developing and expanding an exciting, well-developed program to combat it.Â Look for more in my upcoming post, but whet your appetite with this piece on an issue that especially affects low-income people.

Today, I’m coining a new phrase,Â career undermatching. My goal is to start a serious conversation about ways to launch talented, educated, low-income, young adults into good jobs. Without the right language, that conversation can’t happen.

CareerÂ undermatchingÂ describes the phenomenon in which talented, college graduates from low-income families wind up in jobs that don’t match their abilities or ambitions. Instead, they work in jobs that are less stimulating than they want, below their skill set and qualifications, offer lower pay scales, and provide fewer opportunities for advancement.

You may already know about college undermatching, the phenomenon in which talented, low-income students attend less competitive colleges than their academically equivalent peers. That phrase burst onto the scene in the 2009 book,Â Crossing the Finish Line: Completing College at America’s Public Universities. Since then, it has triggered widespread discussions, research projects, and experimental initiatives all aimed at fully understanding and solving the problem. Funders, universities, nonprofits, and federal and state governments all have invested millions of dollars, sometimes with promising results.

Career undermatching is a different challenge. It applies to young people who are working hard to find a job, but haven’t been taught how to make the system work for them or to recognize and market their own skills and strengths. It doesn’t have to do with accepting a job for which you are overqualified, because a weak economy has hurt the job market.

Instead, career undermatching is an insidious force created by all of the things that don’t happen if you come from a low-income background, are the first in your family to go to college, are a new immigrant, or sometimes if you are black or brown. Some of the things that don’t happen include nobody telling these young people about the wide array of career options they can explore, or introducing them to professionals that can show them around workplaces.

To read more, go to Diverse Issues in Higher Education.