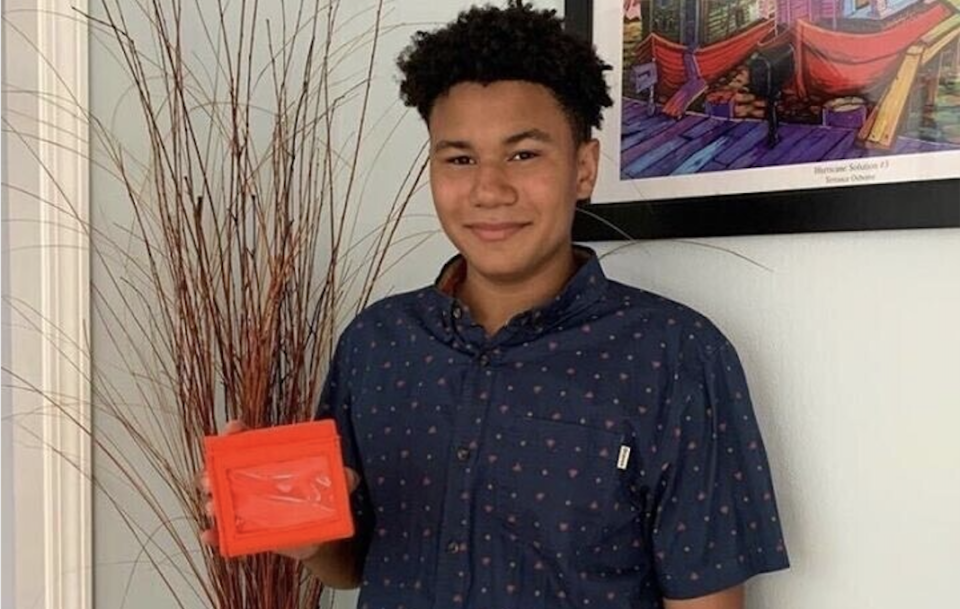 David Price, 19, created The Safety Pouch as a result of his worries about being pulled over by the police. “My parents have always been extremely transparent with my sisters and me about driving and just interacting with law enforcement and just how to act in general,” Price told AfroTech. “I did some research and didn’t find anything on the market that I really liked or thought would be safe for both officers and drivers, and that’s when I came up with the concept of The Safety Pouch.”

Price believes fate led him to create the device after the political science major ended up in a business class at Loyola University of New Orleans. “I tried really hard to get out of the class, but I guess it was just fate for me to stay in the course and get back to realizing how impactful that the idea of this safety pouch could be,” he explained.

After his class was given an assignment to create a product that would help ignite societal change, Price remembered The Safety Pouch idea he had come up with a few years before. “This whole product was created so that Black drivers would not have to reach for their information to share with police officers during a traffic stop and risk the chance of being shot because they assumed that they may be reaching for a weapon,” Price said.

In addition to launching the product, Price is currently working with law enforcement to train officers on how to deal with drivers using The Safety Pouch, as well as de-escalation methods that can help prevent a traffic stop from going awry.

“At times it seems like we’ll never get there, but one of the great things about The Safety Pouch is not only is it a great tool, but it’s also a form of social commentary to show the extent to what measures Black drivers have to take to feel safe during a traffic stop,” Price said.