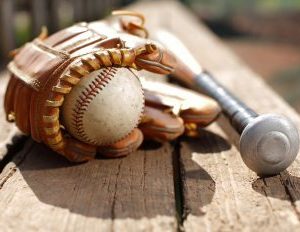 The first game of the current College World Series was plagued by fans in the stands who shouted out racial epithets during the game.

During the game on Monday, attendees heard racial epithets being used by spectators who appeared to be Mississippi State fans, 3 News Now reports.

One sportswriter shared an eyewitness account admitting that racial slurs were being tossed out toward the players on the Vanderbilt team.

“Vandy parents at the stadium tonight were subjected to racial slurs during the game and no one was hurt but the incident was obviously unacceptable and inappropriate,” sportswriter, Clinton Yates said on Twitter.

DEVELOPING: Vandy parents at the stadium tonight were subjected to racial slurs during the game and no one was hurt but the incident was obviously unacceptable and inappropriate.

Kristyna Engdahl, Director of Communications for the Metropolitan Entertainment & Convention Authority in Omaha released a statement denouncing the racist behavior that took place at the game.

“We understand there was an interaction between fans on Monday night that involved use of racial slurs. We absolutely denounce this behavior and are saddened to learn that it took place in TD Ameritrade Park Omaha,” the statement said.

Vanderbilt Vice Chancellor for Athletics and University Affairs and Athletic Director Candice Storey Lee released a statement saying how “saddened” they were by the behavior.

“I am deeply troubled that some of our student-athlete parents were subjected to racist slurs during last night’s game. This is absolutely unacceptable and disgraceful behavior, and such hateful language has no place anywhere in our society,” Lee wrote.

ESPN reporter Clinton Yates appeared on The Paul Finebaum Show on Tuesday and recalled the racist treatment Vanderbilt baseball players’ and parents received during the game.

“Basically what occurred was, as soon as the game got out of hand, the entire level of the discourse went up tremendously in terms of the chirping, in terms of the such-and-such,” Yates said, as noted by The Tennessean. “And when it got to the level of what we’ll just call: the word you’re not supposed to say. And that happened on multiple occasions is when, finally, they had to decide that police needed to get involved.”