Amid A Rise In Kidnappings, Columbian Police Forces Are Helping Haiti 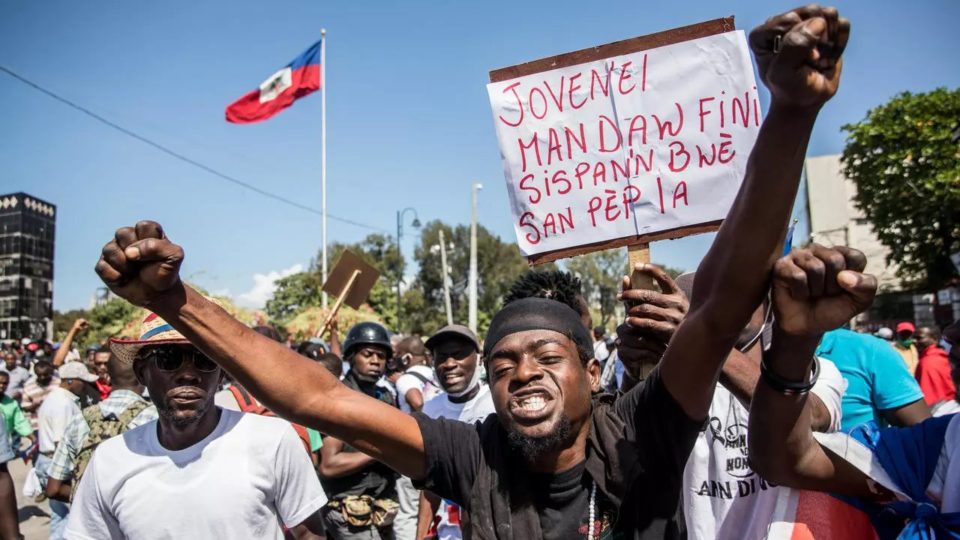 Haitians protest the rise of kidnapping by gangs in the country. Image: Twitter/@PraesidioLtd

Reuters – Colombia, once the kidnap capital of the world, reduced kidnappings by 95% over the past two decades. Now the anti-kidnapping unit of its national police hopes to help Haiti tackle its own epidemic of abductions for ransom.

Lieutenant Colonel Carlos Eduardo Tellez Betancourt told Reuters his team of four specialists had delivered its report on Haiti’s kidnapping crisis on Tuesday after three months of on- the-ground research.

Among the report’s conclusions are the need for Haiti‘s anti-kidnapping unit to receive more specialized training – for example at Colombia’s anti-kidnapping school – and better equipment for investigating crime.

That includes the tools to intercept, analyze and block communications, he said, which in turn could help root out or disincentive alleged connivance between politicians and the gangs responsible for kidnappings.

Haiti‘s kidnapping crisis is terrifying residents of the country, stunting economic activity in what is already the poorest nation in the Western Hemisphere and last month prompted a change in government.

“Kidnappings have increased because gangs have strengthened,” Tellez said by telephone, adding that before 2016, Haitian police had often been able to rescue those taken hostage. Since then, however, “the gangs have strengthened in weapons and criminal structure… preventing police from being able to carry out these rescue operations.”

Four policemen died in March in a gun battle with alleged criminals after attempting to enter a slum in the capital where kidnapping victims are often held.

The nonprofit Center for Human Rights Analysis and Research in Port-au-Prince recorded at least 91 kidnappings in Haiti in April, with requested ransoms ranging from $100,000 to $1 million. Only five victims were freed without paying a ransom.

Tellez also blamed politics for the growing power of gangs in a country plagued by instability, without going into details.

Haitian human rights experts say politicians from across the political spectrum use armed groups to achieve their own ends, supplying them with weapons. They accuse President Jovenel Moise in particular of fomenting gang crime.

One notorious gang leader, who last year formed a federation of nine gangs, the “G9”, even staged a march in January in favor of Moise’s government.

Moise, who took office in 2017, denies the charges of complicity with gangs and has said tackling gang crime including kidnappings is a priority for his government.

One of the obstacles to resolving the crisis is distrust in police among many Haitians. Some kidnapping victims have reported people wearing police uniforms or driving police vehicles carrying out kidnappings.

Tellez said Haiti needed to weed out possible corruption in the police with better control mechanisms and strengthen its capacity to investigate kidnappings. For that, it needed to hire more officers to its anti-kidnapping unit and train them up.

While Colombia’s population is five times that of Haiti’s 11 million, its anti-kidnapping unit, at 1300 officers, is 60 times bigger, according to numbers supplied by Tellez.

Haiti should also invest in technological tools for investigating such as a “room for intercepting communication”.

Tellez said his team was scheduled now to return to Colombia, handing off the case to a new team of specialists that would travel to Haiti to continue advising on the kidnapping crisis in an initiative agreed by the Colombian, Haitian and U.S. governments.