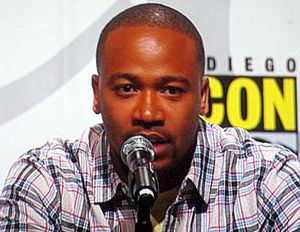 According to The Daily News, former “Scandal” actor Columbus Short, was arrested for public intoxication after an altercation with off-duty police officers. While celebrating the July Fourth holiday at Katy Trail Ice House in Dallas, Texas, Short was accused of leaving without paying for his drinks.

After being approached by a security guard over the unpaid tab, Short, allegedly accused the guard of being racist and a fight ensued. Off-duty police officers broke up the fight, but it was reported that the actor supposedly turned on them. This is when he was arrested for public intoxication.

This isn’t Short’s first confrontation with the law, as he was let go from his gig at “Scandal” earlier this year because of domestic violence allegations. He played Harrison Wright, the right-hand man of Kerry Washington’s character Olivia Pope.