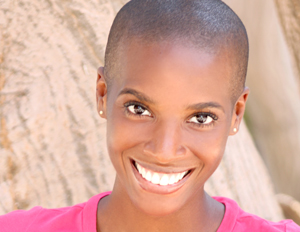 Comedy comes to this year’s Black Enterprise Women of Power Summit thanks to the “Hey Ladiesâ€ comedy show.Â  After first appearing at the American Black Film Festival (ABFF) and performing in its Comedy Wings Competition, funny ladies Amberia Allen, Zainab Johnson, and Hadiyah Robinson are ready to hit the stage at the Fort Lauderdale Marriott Harbor Beach Resort and Spa on March 4. Preparing to bring each of their unique, hilarious, smart takes on life to the final day of the Women of Power Summit, Black Enterprise introduces you to comedy’s up and coming game changers.

Practicing comedy for just a year and a half, Allen was in the midst of pursuing her Ph.D. in sociology when she recalled her love of making people laugh. Inspired by her experiences with comedic speech competitions she entered in high school, the California native entered ABFF’s 2014 Comedy Wings Competition, hit the stage and won. “I think back to the example of Moms Mabley when I think of the type of voice I want to have,” Allen says. “I think about the way she really challenged the racialized and gender stereotypes of the time in her comedy, even in just her physicality. If anything I say can be in that vein of the courage it takes to have social commentary, and enjoy yourself, be funny, create a narrative and break barriers not only in your profession but in society— that’s a huge thing in comedy.”

“When I think historically, Moms Mabley, that’s the narrative that I think about in terms of women really going against social expectations to share their talent and subsequently effect some great changes in terms of racial and gender narratives in society.â€