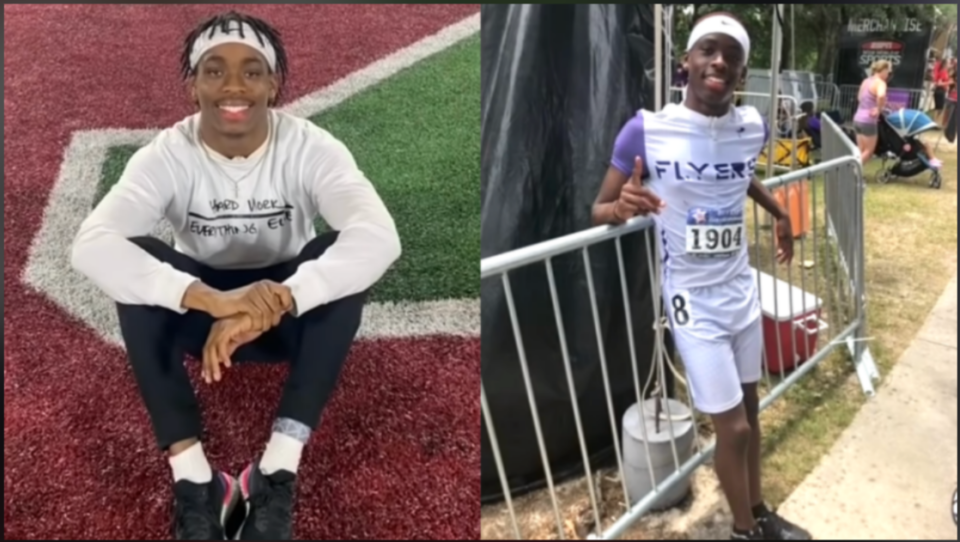 A Texas teen who was a straight-A student and track star was tragically cut down by a fatal bullet outside an after-prom party early Sunday morning in Fort Worth, Texas.

Rashard Guinyard, 17, had plans to attend Abilene Christian University in the fall; instead, his friends and family are mourning his death, People reports.

Fort Worth Police told the outlet in a statement on Wednesday that “upon arrival, officers located an adult male victim deceased on the scene. The victim had sustained at least one gunshot wound.”

“Detectives learned that there was a large gathering [at the] location and unknown suspect(s) began firing weapons striking the victim as he and others attempted to flee the area on foot,” the statement continued.

The popular student had been nominated as prom king and was looking forward to attending college. His mother, Kimberly Howard, said that her only son was leaving the party to make it home by curfew.

“He’s always the life of the party. He’s got a wonderful smile,” Howard said of her son, who worked part-time at Walmart and ran track for Crowley High School and the Fort Worth Flyers Track Club Team. She added that Rashard had planned on becoming a doctor—particularly an anesthesiologist.

“His words were, ‘Mom, I want to be like God.’ He said, ‘I want to be able to put people to sleep and wake them up,’” Howard recalled to Fox4 News.

Abilene Christian University, where Guinyard was slated to attend, expressed its condolences on Twitter, writing, “The Wildcat Track and Field program is devastated to learn of the passing of Rashard Guinyard. A sprints recruit from Crowley High School, Guinyard, had signed with ACUTF to join our team this Fall. Please keep Rashard’s friends and family in your prayers.”

The shooting remains under investigation.

“Rashard was a standout scholar and student-athlete with a bright future ahead of him,” Anthony Kirchner, a spokesperson for the Crowley school district, told the Fort Worth Star-Telegram. “Crisis response teams are in place to provide support to students and staff who are grieving, and we urge anyone with information about Rashard’s death to contact the Fort Worth Police Department.”