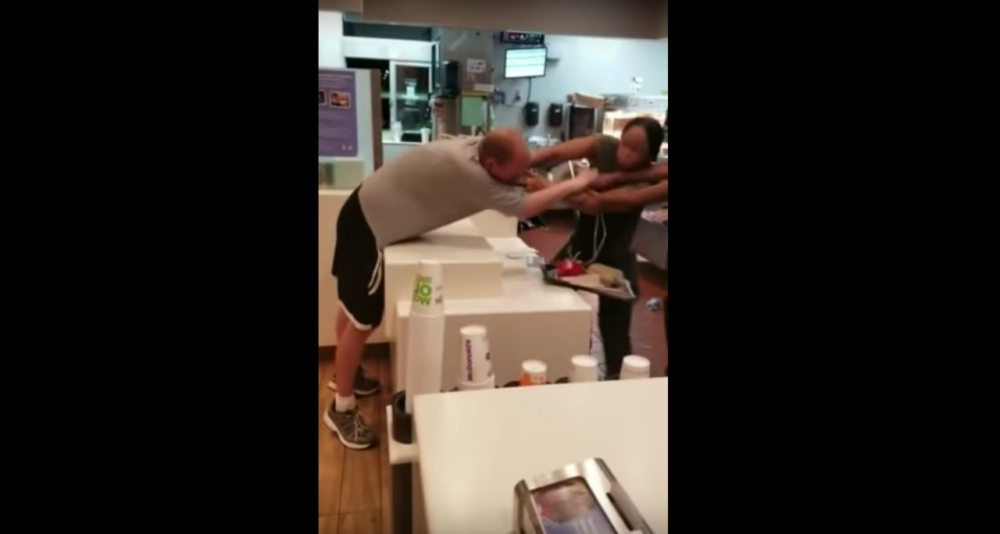 The recent attack on a McDonald’s worker was just the latest episode of ‘come for a black woman.” The now-viral video shows Daniel Willis Taylor–a white man–attacking Yamine James, an employee at a McDonald’s in St. Petersburg, Florida. The video shows Taylor, 40, yelling at James before laying hands on the petite woman — grabbing her by the collar and almost snatching her over the counter — and in retaliation, James served him a two-piece, a three-piece and a quarter-pound ass whooping in-kind. And while many hail the young black woman for making her attacker an accidental victim, everything about this scenario is unsettling. Also disappointing is the public response. The Young Turks, a popular podcast, referred to the occurrence as a “feel good story” in a Jan. 3, Facebook post. The video has since been removed. But like diamonds, screenshots are forever.

What happened to 20-year-old James is not a feel good story–it’s a deplorable one. Consider the emotional toll the situation took on James. In a news release from Civil Liberty Law, she stated:

“I am not only physically hurt, but I am emotionally hurt that I was left to defend myself even as I was surrounded by my co-workers and other bystanders.”

Those statements are far removed from anything that feels good — they are the antithesis. Here are four profoundly concerning issues about the video that speaks to what is fundamentally wrong with society.

Black Women are an Endangered Species

From the workplace to hospital labor rooms, black women are subject to violence. In December of last year, BLACK ENTERPRISE reported on the workplace safety of black women. We are also mistreated and under-treated in healthcare, particularly around childbirth. Recent studies show “African American women are 3 to 4 times more likely to die from pregnancy-related complications than white women,” BE also reported. Serena Williams gave a firsthand account to CNN on her own run-in with nurses and physicians who dismissed her health concerns after childbirth. The tennis star damn near died. And that’s just the tip of the iceberg. Institute for Women’s Policy Research reported the overwhelming disparity in attacks on black women:

-Four out of ten black women are affected by domestic violence; a rate higher than other races.

-Over 20% of black women are raped in their lifetimes which is at a higher rate than all women.

The disturbing video shows a white man flaunting his whiteness and several male employees yielding to it. One employee watched as James defended herself and only intervened once it was clear she had the advantage over her assailant. Even worse, his intent seems to be  stopping James rather than the white man.  As Taylor continued to rant and call James “bitch,” not one male employee responded; each stood around Taylor attempting to “tame” her. Clearly, chivalry is dead, but white intimidation is not.

Americans were caught off guard when Mamie Till had an open casket funeral, revealing her son Emmett Till’s mutilated face. He was brutally beaten and killed by two white men — allegedly for flirting with a white woman. American were outraged when a video of Rodney King being brutalized by police surfaced.