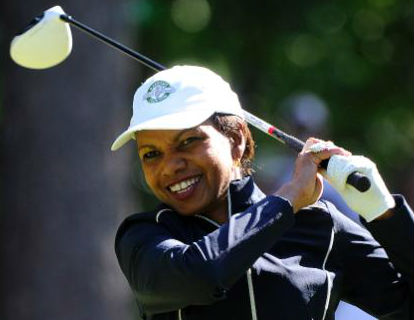 From The New York Times.

Former Secretary of State Condoleezza Rice was named as one of the first two women to become members of the Augusta National Golf Club, a private club which has traditionally been all-male. This also makes Rice the first Black woman to join the club. Darla Moore, a South Carolina businesswoman, was also offered membership.

For the past decade, the Augusta National was scrutinized for its patriarchal tradition, garnering criticism from both President Barack Obama and presidential nominee Mitt Romney. Customarily, women had been allowed to play at the club as guests. Augusta National has over 300 members. This is not the first pioneering moment for Rice, who was the first black woman to be secretary of state and the first black woman to be a provost at Stanford University.