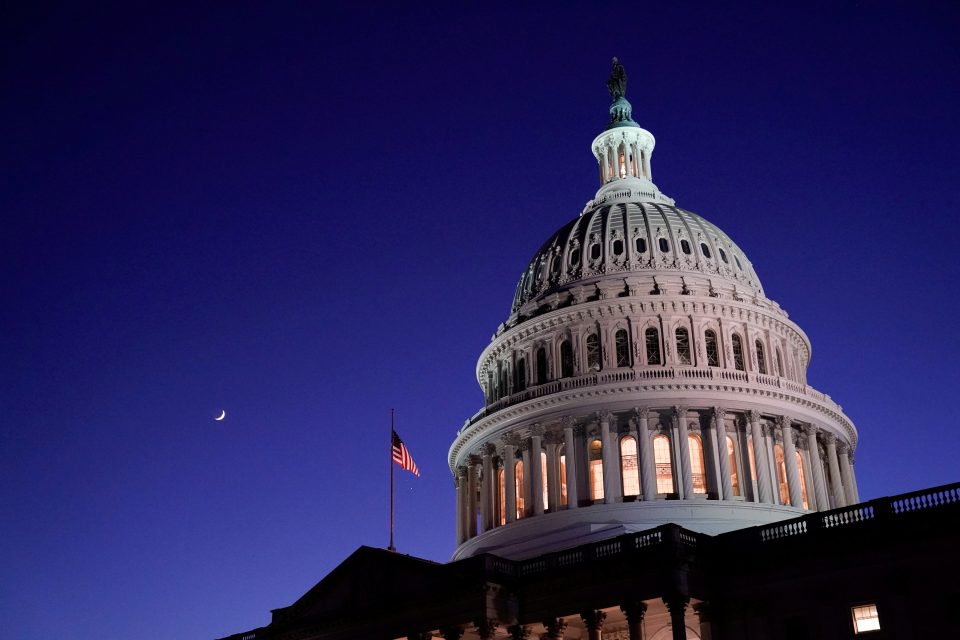 The U.S. Capitol dome is seen at night in Washington, U.S., December 17, 2020. REUTERS/Erin Scott TPX IMAGES OF THE DAY

Democratic and Republican lawmakers in Washington were working through the weekend to complete a $900 billion coronavirus aid bill for American individuals and businesses struggling from the economic fallout of pandemic lockdowns.

It would be the largest relief package since this spring, when Congress approved more than $4 trillion in aid. The COVID-19 pandemic has killed 311,000 Americans, by far the most in the world, and put millions out of work. Economists say growth will likely remain sluggish until vaccines are widely available in mid-2021.

The Senate is to convene at 11 a.m. (1600 GMT) on Saturday. Representative Steny Hoyer, the second-most senior Democrat in the House of Representatives, said on Friday any vote on a package would not come before Sunday afternoon.

Republicans and Democrats say they are close to a deal, but significant differences remain.

Republicans are pushing to rein in Federal Reserve lending programs for midsize businesses and municipal bond issuers that were intended to ease the pandemic’s sting, saying those programs were meant to be temporary. But Democrats say the move is an attempt to tie the hands of President-elect Joe Biden, who will take office on Jan. 20.

The parties also disagree over how much to give to arts venues closed by COVID-19 restrictions, and how much emergency aid should go to local governments for supplies like personal protective equipment for schools.

But many issues have been settled. The legislation is expected to include one-off $600 checks for most Americans, enhanced unemployment benefits of $300 per week, help for states distributing coronavirus vaccines and more assistance for small businesses.

The deal does not include liability protections for businesses from coronavirus-related lawsuits, a provision pushed by Republicans that has long been a red line for Democrats. Nor does it include the extensive aid to state and local governments that Democrats wanted.

Congressional leaders expect to attach the package to a $1.4 trillion spending bill that would fund U.S. government activity through September 2021. Government funding was due to expire on Friday, but lawmakers approved a two-day stopgap bill to buy more time which President Donald Trump signed into law late on Friday.