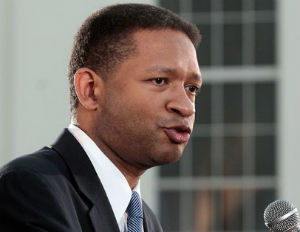 It appears former Democratic House member turned Republican House candidate, Artur Davis, has stepped on the toes of his former colleagues in the Congressional Black Caucus, who have penned a letter of contempt on his recent commentary.

Davis, who will speak at Republican National Convention this week, was addressed by 14 members of the CBC who in the letter characterized his recent policy proclamations and criticisms of President Barack Obama as “unconscionable.”

“We are writing to express our disdain over several recent comments you have made about the important issues facing voters in November, your total distortion of President Barack Obama’s record, and your complete flip-flop on certain core principles you once held dear,” read the letter.