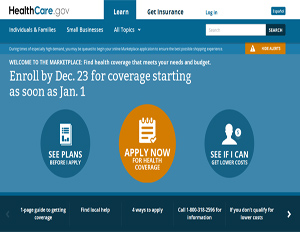 If you think you might not be able to meet the March 31 deadline to enroll in a health care plan through the marketplace, you don’t need to worry. The Obama administration announced that consumers who started their application on HealthCare.gov but don’t complete it in time will be able to ask for an extension until the middle of April, according to a Washington Post article.

Applying for an extension is simple. The updated HealthCare.gov site will prompt you to check a box indicating that you attempted to enroll before the deadline. Says the Washington Post, “the extra time will not technically alter the deadline but will create a broad new category of people eligible for what’s known as a special enrollment period.â€

Hope for the Uninsured

Denisha and Ricky Seals hope to be able to benefit from this new marketplace. After the couple experienced a string of job losses, their health insurance lapsed and their household income took a nosedive. They were bringing in roughly $60,000 a year before the job losses, but are now at about $25,000 to $35,000 a year.

“We have no health insurance. Ricky’s department was eliminated in 2009 and then they downsized, so they outsourced that department. He’s working for the outsourcing company now,â€ says Denisha. Ricky had been working as a security officer for Coca-Cola for 19 years.

When the couple needs to see a doctor, they have to pay out of pocket, so they take advantage of free and low-cost healthcare programs offered at hospitals and clinics in their community.

Ricky is able to receive a 90-day supply of his medication for free, thanks to a drug company patient assistance program. Their daughters Tyra, 13 and Tiffani, 16, participate in a low-income health insurance plan for children called PeachCare for Kids, which covers dental visits, primary care, and prescriptions.