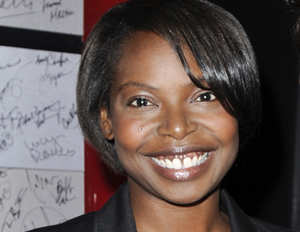 As the director of AFI FEST, the American Film Institute’s annual film festival in Los Angeles, Jacqueline Lyanga travels the world to screen hundreds of movies in an effort to identify the best of the best in cinema. Lyanga occupies a coveted and influential role in Hollywood, which culminates with her organization’s year-end festival (which took place this week in Los Angeles).

BlackEnterprise.com caught up with Lyanga to talk how she makes her biggest boss moves and why she’s passionate about cinema.

BlackEnterprise.com: What are your duties as the director of a big-ticket film festival?

Jacqueline Lyanga: On a day-to-day basis, I’m [taking care of a number of tasks including] negotiating contracts, managing the budget, overseeing filmmaker travel and hospitality, and planning panels for the festival with a media partners. [I also work] with our tech team on a schedule to test DCPs, making a 3D version of our festival trailer and talking to the studios about the talent coming to their red carpet premieres and parties.

How does one get into this profession?

I studied film production and film criticism as an undergraduate, and then I went to work in both production and distribution for companies including Triptych Media, PolyGram Filmed Entertainment, and Lifetime Television. I also have a master’s degree in screenwriting from the American Film Institute. One of my first jobs in the industry was working for the Toronto International Film Festival. There has never really been any question about the path that I was on. I always knew that my life would revolve around cinema in some way.

What are some of the perks of your chosen career?

I moderated a conversation with Pedro Almodovar at the festival last year in Grauman’s Chinese Theatre— one of Hollywood’s historic theater palaces. Almodovar was the festival’s guest artistic director last year and the conversation was an opportunity to talk to him about his influences, about art and working with actors. It was an extraordinary experience; he is one of the great modern masters of cinema.

What’s your advice for young professionals who want to follow your path?

One of the most important aspects of any career is [building] relationships. In addition to seeing films and reading criticism, you have to get to know the filmmakers, the programmers at other festivals and the people in the industry who you will need to work with in exhibitions. That means [networking with] sales agents, distributors and publicists.Â  And of course, you have to be passionate about what you want to accomplish.