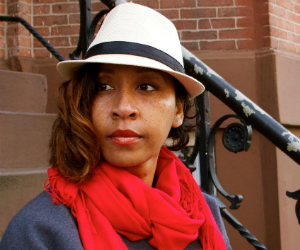 Today’s tough business environment has lent itself to enterprising leaders who would rather do it their own way. And this is the door Dominga Martin has chosen to open. From her start as an intern at Polygram Records to her current role as co-owner of Creme Magazine, her relentless pursuit of her dream continues with her film production company, House of Ming.

BlackEnterprise.com talked with Martin about how her experience in publishing ties into her latest venture into the film industry and what drives her love for telling stories on multiple platforms.

BlackEnterprise.com: You’re co-founder of Creme Magazine, an online publication that highlights the lifestyle of young, affluent leaders. What has inspired you to transition into filmmaking?

My desire to become a filmmaker started at a very young age. I was always telling stories and setting up scenes, but I just didn’t know I was directing. The moment I realized filmmaking could be a career was after seeing Spike Lee’s “School Daze.” I had no idea what a director was before then or that black films and filmmakers existed. I wasn’t interested in filmmaking in that sense because I always wanted to be an entertainment commentator.

Then one day, I caught wind of Spike Lee and Monty Ross, and I decided I wanted to make movies and tell stories that will spark change… movies with a message. It wasn’t until I saw “Pulp Fictionâ€ that it became a burning flame inside of me that I wanted to not only make movies, but write them.

I wrote my first screenplay in a notebook after seeing that film and started researching how to write screenplays. According to Screenplay: The Foundations of Screenwriting by Syd Field, I had already written a screenplay without knowing. That year, I changed my major in college to radio, TV,Â  and film with a minor in journalism. I went on a mission to find Monty Ross because I thought if he produces Spike Lee’s movies, he’ll produce mine. My friends in college laughed at me when I told them I wanted him to produce my work!

How has your experience as a journalist helped you in your current venture?

As a journalist who’s a filmmaker, I’ve had the opportunity to attend many press junkets to interview directors, actors, and see movies before they’re released to the public. On the flip side of this, I continue to see the same type of work repeating itself, and an inner dialogue begins to build among industry insiders and other journalists as to where the stories are that truly represent who we are as a culture.

As a journalist, I’m trained to write with precision in a way that appeals to a wide audience. Journalism has made me a better writer and observer when creating my characters. I always define myself as a writer who directs, because I’m a writer first. I have been a published writer since the age of 16.

With your current film projects, what do you have planned for Creme?

Our future plans are to continue to build our team and think of new ways to keep our brand fresh and relevant in this fast-paced entertainment industry. We’ll be implementing more video production and off-line components to our content.

What advice would you give someone who wants to follow in your footsteps?

Never give up. Believe in yourself, your dreams and have the faith to see them through, no matter what anyone tells you. There will be a lot of nos along the way, but the key is to never get discouraged. Be encouraged.