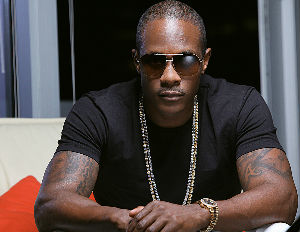 From the talent to the executives and the major players behind the scenes, the music business is always changing, and so are the people in it. Finding ways to introduce new faces into what may sometimes seem like a monopolized artistic business takes skill. But with a mixed passion for fashion and music–and a hot spot lifestyle store called FlyKix in Atlanta–business man and music manager, Fly, has been able to infiltrate a region, and watch his brand go global.

Fly is the man behind recent hip-hop successes Trinidad James and Rich Homie Quan—two Atlanta-based rappers who have made their way to the forefront with No. 1 singles and slogans impossible to ignore. While it may seem like Trinidad James made his way to stardom overnight by uttering “Don’t believe me? Just watch,â€ with all-gold-everything in his mouth and around his neck; and Rich Homie Quan by admitting to knowing everyone feels some “Type of Wayâ€ when they see his star status; their celebrity has been years in the making and wouldn’t be anywhere without Fly’s dedication to the hustle.

Born in New York and raised in Atlanta, Fly didn’t find his way to music and the supporting elements around it because “it’s almost like I grew up with music,â€ says the East Coast native. Knowing that down beats, kick drums and matching lyrics helped raise him, Fly first found his career in the music business in 2007 as a party promoter in Atlanta. But while music held his heart, fashion touched his soul. Going from club to club, Fly soon after began to pursue a career in rapping as Dubai. But having to learn the marketing skills and business savvy needed to “make it,â€ Fly later started his own label, Think It’s A Game Entertainment to push his career. And eventually, instead of putting all his energy into becoming a new face in hip-hop, he transferred his drive and used his label to become hip-hop’s new man behind the scenes, scouting new talent and giving them a chance.

In 2010, the budding entrepreneur opened what is now Atlanta’s go-to store for exclusive sneakers, clothing and accessories, and the hub for new rappers on the rise. “My store is such a lifestyle, and it plays such an intricate part in the Atlanta music scene,â€ says Fly. “Artists can come [here] and bring their music and get it played. And me myself, when I like a certain artist, I take it to the store and play the music. So the store has become just a hub in music and in the Atlanta music scene, period.â€

As FlyKix became a new place to get music heard, longtime associate Trinidad James met with Fly to get his opinion on an album he was working on. “When he really realized he wanted to rap, I was the first person he came to.â€ Fly continues, “Once he finished his CD he brought it to me, and was like, ‘Tell me what you think about it’ I said, ‘This is amazing!’â€ When it came to Rich Homie Quan, the 24-year-old rapper just happened to reap the benefits of FlyKix musical spirit. “I walked into FlyKix, and [Quan’s] music was playing. I asked a sales associate, ‘Who’s this?’ He said, ‘That’s Rich Homie Quan.’ I said, ‘ Give me a CD.’ He gave me the CD; I jumped in the car; I put it in. The first song I listened to was just something that I hadn’t heard in such a long time. I immediately wanted to sign him. The rest is pretty much history.â€

Understanding that everyone thinks they are a rapper these days, Fly says there was something special about James and Quan. “With Trinidad, it was his sense of style and fashion. The music was something different. His form of expression was not the norm. It was not your average singing rap or hardcore rap. It was just something I had never heard before…As far as Quan, his content was so strong. I could hear the pain in the music, and that’s one of those things in music that touches people.â€

As Trinidad has crossed over from music and turned the hook from his lead single, “All Gold Everything,â€ into an ESPN reference, Fly sees the potential in the Trinidadian-American rapper. “Trinidad is a superstar,â€ says the T.I.G. CEO. “I see him being on such a big platform. I see him doing movies; I see him doing different things with fashion shows in Paris; I see him being so much bigger than just the music, [and] my plans are so much bigger than just the music.â€

The trip for Fly from party promoter to rapper to store owner and executive haven’t been easy, but there are two things that have kept his head above water: faith in God and staying humble. There are a lot of people trying to “make it,â€ in music, and there will always be just as many people rooting for the new ones to fail. But with his faith at the forefront Fly is determined to be one of the haves and not the have-nots. “If I had to give someone advice, I would tell them stay grounded and don’t let people get you sidetracked or discourage you. You have to be self-motivated, and want to win enough that you’re going to continue to grind hard and stay focused on whatever it is [you’re trying to] attain.â€