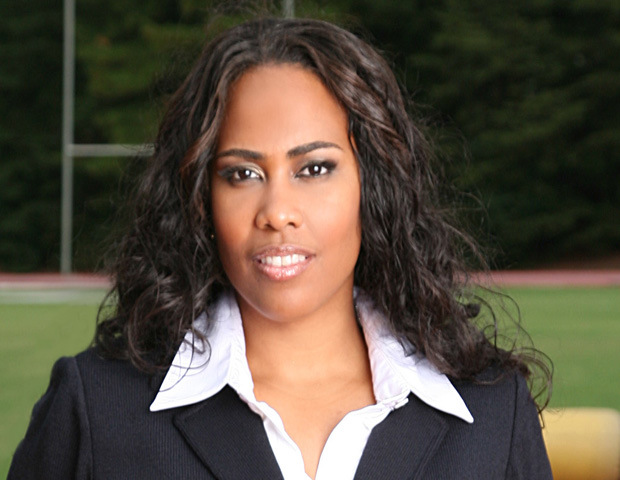 With major wins in gymnastics, swimming and tennis, the 2012 Olympics will be remembered as the games where African-American women smashed through stereotypes about their ability to achieve greatness in all categories. While these women are breaking through barriers for the entire world to see, another black woman is also blazing new trails in the industry as one of the most successful managers in the business. Her name is Kimberly Holland, and as the CEO of Icon Management Inc., she has built a successful enterprise representing some of the most successful athletes in track and field.

A lawyer by trade, Holland’s entry into the sport’s world began totally by chance when her then brother-in-law, (Olympic Silver medalist, high-hurdler), Terrence Trammell asked her to represent him. Unsure, but willing to take a leap of faith, Holland began her management firm and soon attracted a coterie of elite track and field athletes that now includes Olympians Angelo Taylor, LaShawn Merritt, Shawn Crawford, William Clay, Oludamola Osayomi and Moushaumi Robinson, among others. Now attending her third Olympics, Holland recently spoke with BlackEnterprise.com about how she has achieved success on the business and the intensely male-dominated side of sports.

BlackEnterprise.com: How does it feel to have so many clients at the Olympics?

Holland: It feels absolutely amazing to have 10 athletes representing Icon Management Inc. as well as their respective countries to include USA, Puerto Rico and Nigeria in this 2012 London Olympics. It is also an added bonus, that this year we are celebrating Icon’s 10-year anniversary. It continues the success that the agency had at the 2008 Olympic Games in Beijing where a total of nine athletes competed and they earned eight medals. It’s really inspiring and confirmation of my faith in God and the talents of the men and women who I represent.

What is it about your company that attracts so many elite athletes?

Our goal is to live up to our motto “Simply Something Different.â€ It’s the dedication and attention to detail that my team and I strive routinely to provide to our clients. At Icon, we offer a solid foundation for our clients where they can find the necessary resources needed to personally, socially and financially succeed in all their endeavors, on and off the track.

What are some of the challenges you’ve faced as a female sports agent?

Being a professional business woman in the sports industry can be a challenging experience. I’ve been told that Track & Field isn’t a place for women and that I should be home baking cookies or having babies. In the beginning of my career, comments were made that I am not qualified to do the job; I was underestimated in deal making and other areas of doing business. However, as my success has shown, I am up for the task and take very serious the responsibilities that are an inherent part of representing elite athletes. The fact of my sex doesn’t make any difference; it’s about getting the job done.

How do you feel about the U.S. track and field’s recent decision to reverse the results of the Olympic qualifying race between your client Jeneba Tarmoh and Allyson Felix?

It’s always hard to see an athlete go through difficult situations involving themselves and their careers. In the case of the reversal of results regarding Jeneba Tarmoh’s 100-meter final race at the Olympic trials, I feel that since there wasn’t a documented policy in place at the time of the race … the results should have remained as reported moments after they crossed the finish line. I strongly disagree with their decision especially since Jeneba nor Allyson were made aware of the circumstances surrounding this reversal until hours after the race had ended and the three Olympic spots had been named with Jeneba Tarmoh being the 3rd-place finisher.Â  She, along with thousands of viewers, witnessed her name appearing on the board in 3rd place, she took her respective victory lap, and went through the media zone as an Olympian.Â  In the midst of enjoying her moment, she had to revert her happiness to a feeling of uncertainty.

What are your future plans?

As the old saying goes, “If you wanna make God laugh, tell him about your plans.â€ My future is in the hands of He who has brought me this far. Each and every day I pray and ask God to guide me to where he wants me to be, whether it is to continue this path as a sports agent or to move on to a different arena. …My job is just to be faithful, patient and thankful.