Black Female Country Artist Mickey Guyton Had Herself A Night

Guyton, standing in a golden gown, performed her hit song in a single spotlight performance, accompanied  by a cello, piano, and steel guitar.

“Little kid in a small town/I did my best to fit in/Broke my heart on the playground/When they said I was different,” she sang leading into the chorus. “It’s a hard life on easy street/Just white painted picket fences as far as you can see/If you think we live in the land of the free/You should try to be Black like me.”

Although Guyton didn’t take home the award for Best Country Solo performance (which went to Vince Gill for “When Amy Prays”), she will become the first Black woman to host the 2021 American Country Music Awards. Guyon will host the event, along with Keith Urban, April 18 in Nashville, TN.

Guyton has been signed with the Nashville Recording Company for a decade, but she released “Black Like Me” on her own last June on her Instagram and through Spotify’s hot country playlist. Guyton told CBS This Morning the deaths of Breonna Taylor, Ahmaud Arbery, and George Floyd inspired her to release the song.

“I had this song that was expressing so much of what I was feeling and I felt a lot of other people were feeling, so I first put it on my Instagram for healing purposes and Spotify asked for it and here we are.” 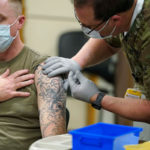 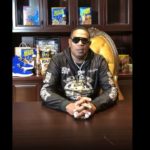 FacebookTwitterYoutube
← There’s One Group Of People Holding Vaccinations Back And It’s Not Black People ← Master P: ‘I Used to Want to Own an NBA Team But Now I Want to Own a HBCU’
×
'