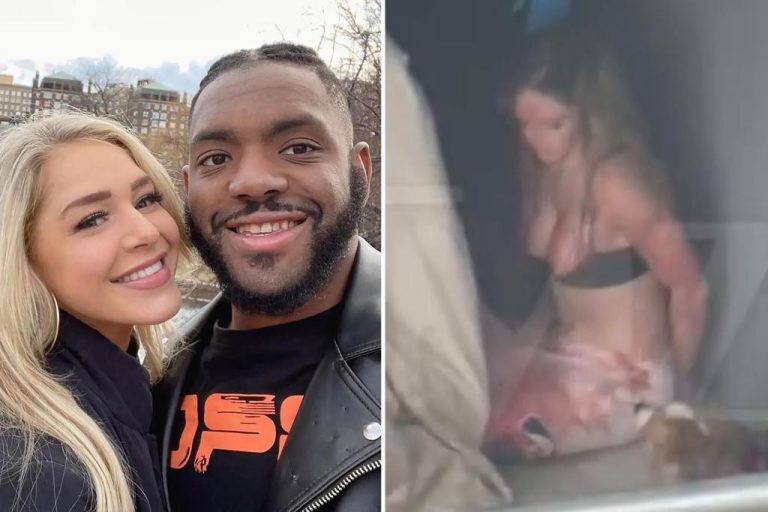 However, Clenney was released after claiming self-defense. After reopening the investigation, police have charged her with Obunseli’s murder, The New York Post reported.

Clenney, who went by the name of Courtney Tailor on social media, was arrested in Hawaii on Wednesday. She is currently awaiting extradition to Florida to face a second-degree murder charge.

She had been picked up by police officers while attending a rehab facility for substance abuse and post-traumatic disorder, according to her attorney, Frank Prieto.

“I’m completely shocked, especially since we were cooperating with the investigation and offered to voluntarily surrender her if she were charged,” Prieto told the Miami Herald. “We look forward to clearing her name in court.”

The couple had dated for two years and lived together for a few months. Staff at One Paraiso in Miami’s Edgewater neighborhood revealed there were multiple domestic incidents between them. The building even tried to evict them. Ultimately, on April 3, Obumseli was attacked inside his home and died after being transported by Miami Fire Rescue to JMH’s Ryder Trauma Center.

Larry Handfield, who is representing Obumseli’s family, said police officers visited the couple at least four times for domestic calls, but he said Obumseli was never taken into custody or charged. He also said, despite Clenney allegedly having an open warrant for a 2015 public intoxication case in California, she was not taken into custody. Clenney also had a court date in Texas for a 2020 DUI charge when the killing occurred.

Clenney was originally arrested and held under the Baker Act because she reportedly threatened suicide, Sportskeeda.com reported. The Baker Act requires anyone threatening self-harm to be held at a psychiatric facility for at least 72 hours.