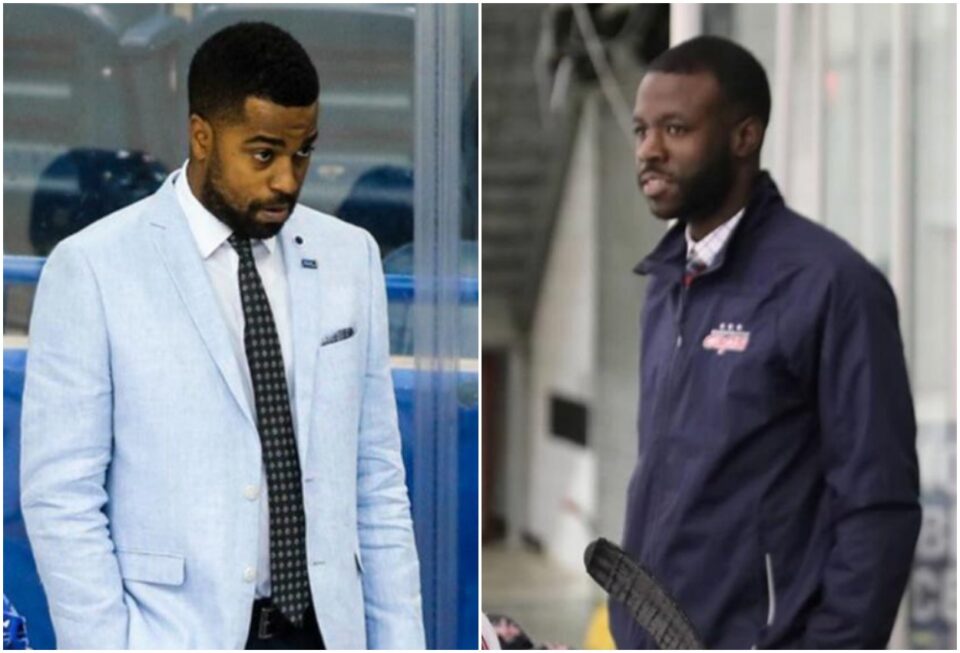 The Arizona Coyotes announced today that the club has launched a coaching internship program that will provide young diverse hockey coaches with an opportunity to learn and develop by working directly with Coyotes Head Coach André Tourigny and his coaching staff during Development Camp.

Duante’ Abercrombie and Nathaniel Brooks will serve as the first two coaches to participate in the program from Sept. 9 through Sept. 13 at Gila River Arena.

“We are extremely proud to introduce this program that will provide diverse coaches with an incredible opportunity to gain invaluable experience and help them with their career advancement in our great sport,” said Coyotes President & CEO Xavier A. Gutierrez.

“The Arizona Coyotes are committed to advancing equality, diversity and inclusion in our game and will continue to do our part in the community and within the game of hockey to effect positive change.”

“We are very excited to launch this coaching internship program,” said Coyotes General Manager Bill Armstrong, according to a press release.

“This will be a great opportunity for Duante’ and Nathaniel to interact and learn from an NHL coaching staff and expand their knowledge about the game and the profession. I know André and his staff are really looking forward to having them join us for camp.”

“We are thrilled to have Duante’ and Nathaniel join our coaching staff,” said Tourigny.

“They are both impressive individuals and this will be a great opportunity for them to gain first-hand experience regarding practice and game preparation, communication with coaches and players, and time management. We are very excited to have them as part of our staff for development camp.”

Brooks has been a skill development coach for over 15 years with experience training players in pro and minor hockey. In addition, he served as the Head of Coaching and Development for the Forest Hill Hockey Association and was an assistant coach for the Ryerson Rams Men’s Hockey team from 2014-2019. He was also the Development Coach for Ryerson in 2019. In 2019, he was presented with the Herb Ebisuzaki Coaching Award (GTHL) and presented at the Coaches Site Conference in Toronto. Brooks also played hockey at various levels including the GTHL, OJHL, OHL, USHL and semiprofessional levels.

As part of the Coyotes internship coaching program, Abercrombie and Brooks will shadow the Coyotes coaching staff led by Coach Tourigny, take part in daily coaching and player meetings as well as assist the staff with on ice drills. They will also each serve as assistant coaches and be on the benches for the Coyotes Black & White scrimmage on Monday, Sept. 13. Game time is 6 p.m.