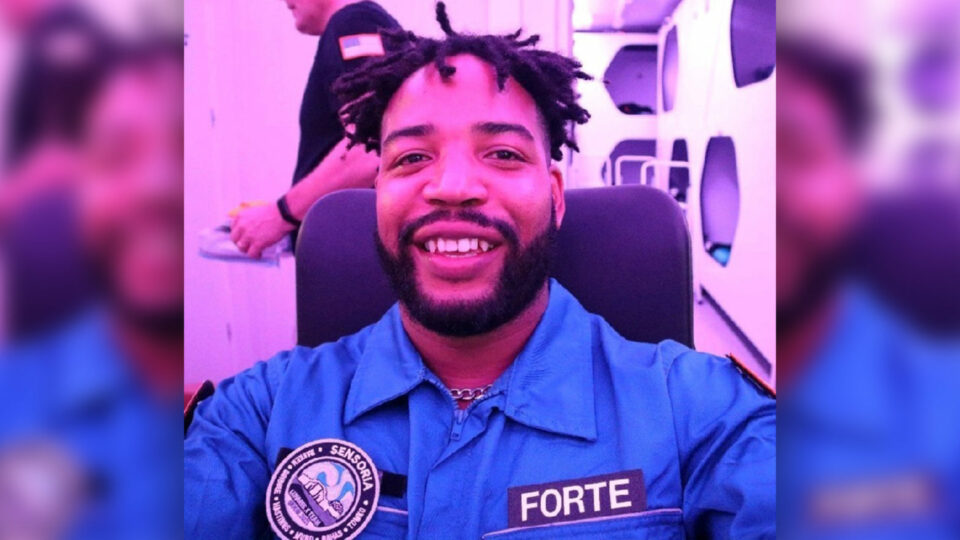 A creative visionary is on a mission to space, and as he embarks on his journey, he has a message to spread.

Jesse Forte, known as Jforte, is an emerging artist, author, analog astronaut, and creative research officer at Space Is More. The multitalented creative had a dream at a young age to reach “Infinity and Beyond,” inspired by Buzz Lightyear.

As of July 2021, Jforte gets closer to his dream as part of the Lunares Research team in Poland, where he was able to conduct research in Oral Care, Music, Phlebotomy, the study of DNA, EVA missions (Space Walks), and much more.

Now, Jforte is preparing for his second analog training and hopes to set out for space within the next 18 to 20 months, according to Afro Tech. While doing so, the ambitious space enthusiast is eager to inspire the young Black community who strive to contribute to space exploration.

“Letting the young kids from around the world—especially little Black girls and boys that look like me—see that it’s possible for a brother with melanin dripping from his veins with dreads and gold chains to go to space. I want them to say ‘If he can do it, I can too,’” Jforte told the news outlet.

The anticipated embarkment has ignited in Jforte his love for music. The aspiring “first emcee of NASA” will be fusing a new musical project with his upcoming mission. Inspired by his previous astronaut training for the Sensoria X Mission, an album entitled “Lunares | M4” will be released. The music chronicles the stories of music, love, life, and science with blends of indie rock, hip-hop, lo-fi, rap, and Jazz. The album received support and help from the All-American Analog astronaut team.

“I was able to gain approval to pursue the 11-12 song album while also working within the means of the mission! I had full creative control over this process and it was a literal dream come true to pursue my creative endeavors while in the midst of training,” Forte said.

Through his music and training, Jforte hopes to bridge the gap between creativity and the STEM fields. As a galactic dreamer, this multitalented artist is pursuing the desire that space is for everyone, no matter the discipline or experience.

“There are so many architects, mathematicians, scientists, engineers, and other types of academia that are involved with NASA and becoming astronauts…. But there aren’t any creatives. I want to be the creative mind that challenges that and spreads the message that space is for everyone,” said Jforte, according to a press release.