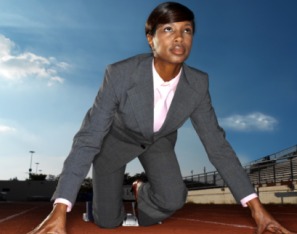 Creative minds are some of the most innovative and efficient. You’d think that they often wander off into space with no sense of structure or discipline, but the most successful writers and artists were forced to improvise, stick to a plan and work hard and tediously toward their goals. Many of them have habits that any leader—or boss in the making—can learn from and adapt in order to have a more productive and effective work day.

Rise and grind: What did Mozart, Georgia O’Keefe and Frank Lloyd Wright have in common? They were early risers—morning people. “There is evidence that morning people are happier and more conscientious, but also that night owls might be more intelligent,” Burkeman writes. “If you’re determined to join theÂ ranks of the early risers, the crucial trick is toÂ start getting up at the same time daily, but to go to bed only when you’re truly tired.”

Hustle never stops: Burkeman notes that amazing writers like William Faulkner wrote “As I Lay Dying” in the afternoons, before his night shift at a power plant and that TS Eliot‘s day job at a bank gave him financial security he needed to have the flexibility to write. Having a day job—or technicallyÂ  a side hustle— was apparently a vital part of their career journeys in finding fulfillment and achieving their goals.

Get to walking: Burkeman adds that many successful creative people have some sort of active life, whether its taking a walk or simply stepping away from the desk or office for a breather.

Ritual me this: Having a routine is a necessary part of life, especially if you’re working toward a goal. For some of us, this may seem like a monotonous, boring way to live, but for those seeking excellence and results, it’s something that can’t be shortchanged or disregarded. Burkeman points out, “This kind of existence sounds as if it might require intimidating levels of self-discipline, but on closer inspection it often seems to be a kind of safety net: the alternative to a rigid structure is either no artistic creations, for those with day jobs, or the existential terror of no structure at all.”