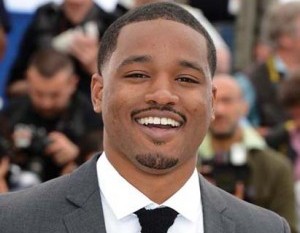 Director and co-writer of Creed, Ryan CooglerÂ has been named as the first Warner Bros. Creative Talent Ambassador in the U.K.

“Having experienced firsthand the support and impact of programs similar to Warner Bros. Creative Talent, it is fantastic to know that passionate young people of all backgrounds are being given the chance to follow their dreams here in the U.K,”Â CooglerÂ told Variety. “This can be a tough industry, and so we need to do what we can to bring talented young people into it.â€

Through the Time Warner Foundation, in partnership with Sundance Institute, Coogler was able toÂ develop his first feature film, Fruitvale Station, which went on to win the Grand Jury Prize and the audience award at the 2013 Sundance Film Festival.

“I am thrilled that Ryan has become an ambassador for Warner Bros. Creative Talent, as he is the perfect example of the effect that a program like this can have on one’s life and career,” saidÂ Josh Berger, president and managing director, Warner Bros. U.K., Ireland and Spain. “We’re already seeing our talented young people taking strides into the industry, just a couple of years into the program, and I can’t wait to see what season three will go on to achieve.â€

Watch Coogler talk about his start in film below: