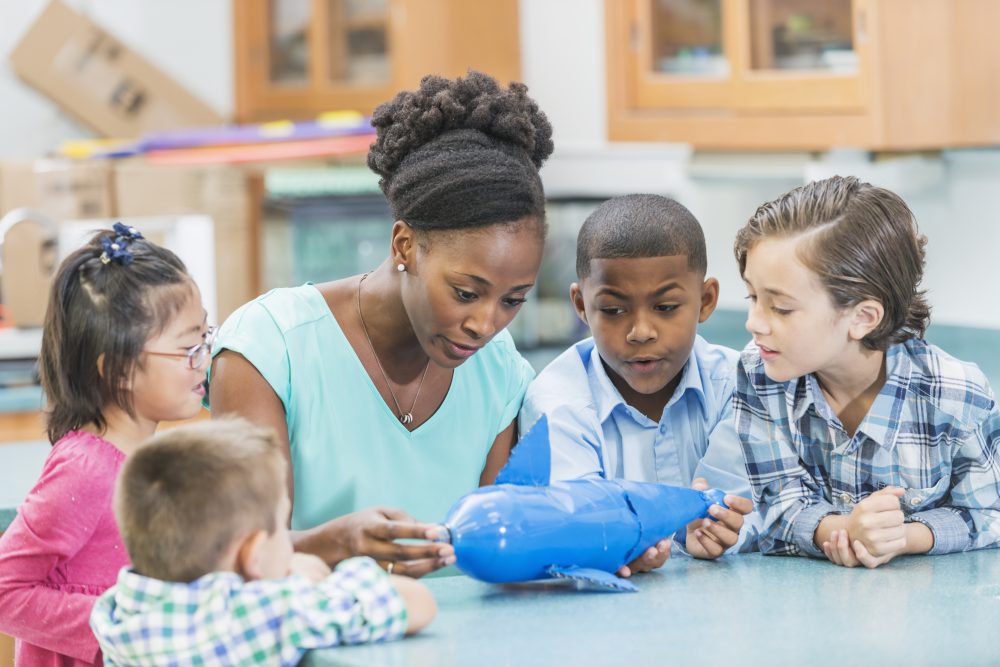 DonorsChoose.org, a funding platform of teachers’ classroom projects to which others can contribute, may have just had its #BestSchoolDay ever.

Early last week, every single one of the open project requests on its site was funded by Ripple, a cryptocurrency company.

That’s according to several news outlets, including CNN, which reported on this good news story.

A Range of Classroom Projects

The company donated the equivalent of $29 million to meet the requests of more than 28,000 teachers. (Fast Company reports that some teachers had several requests.) In all, 35,647 requests were fully funded by the donation, CNN reports.

Projects included things like a classroom library, a field trip, robotics kits, microscopes, and more, according to news outlets.

“It’s honestly the biggest day in our 18-year history,” DonorsChoose founder and CEO Charles Best was quoted as saying in a Fast Company article. “[It was] anything and everything you could ever imagine a teacher needing to engage their students.”

Ripple’s Senior Vice President of Marketing Monica Long says in a statement, “At Ripple, we care about giving back to our community, and we collectively value the importance of quality education in developing the next generation of leaders.

“DonorsChoose.org’s track record speaks for itself,” the statement continues, “—they are highly effective at improving the quality of education and the experience of teachers and students across America. We’re proud to work with them to support classroom needs across the country.”

Cryptocurrency to the Rescue

Fast Company reports that Ripple has “100 billion XRP on its platform, worth about $50 billion at today’s exchange rate.” To access the company’s donation in dollars, DonorsChoose “simply contracted with an existing banking partner to withdraw the money.”

According to Ripple’s website, the donation will touch the lives of 1.2 million U.S. students.

The #BestSchoolDay hashtag is a movement inspired by TV host Stephen Colbert, a DonorsChoose board member, CNN reports, who two years ago paid for every request on the platform from his home state of South Carolina. Inspired, other celebrities followed suit, and the hashtag was born.

You don’t have to be a celebrity or use cryptocurrency. Most public school students in the U.S. are children of color, and a majority live in poverty.

And if you’re a teacher who had a project funded, we’d love to hear from you!