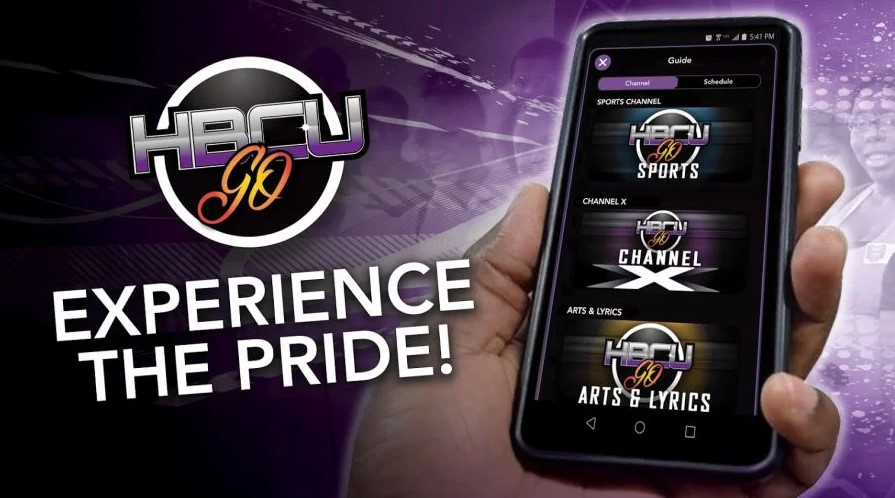 Symonds has launched the HBCU Go app which “offers original, authentic and bodacious video content such as sports, music, entertainment, movies, edutainment and live events for our viewers to engage and share with others.” Since its launch earlier this year, HBCU Go has gained approximately 2,000 users with a target of 25,000 by the end of this year.

The app is a companion to HBCU TV that was founded by cable industry veterans Symonds (CEO) and Clinton Evans (General Manager). HBCU TV is headquartered in Washington, D.C. and is a 24/7, 365 education, entertainment, sports, and live events network.

According to Symonds in an interview with TheGrio, the concept of the HBCU Network originated back in 2011, and Symonds negotiated a deal with Comcast but when the company acquired NBC in 2013, the deal fell apart. “I never wanted to let it die,” explains Symonds. “I called myself being ahead of the game and it kind of blew me when it happened because it broke everything up. It didn’t stop me though because I always had in my mind that I was going to do something in the HBCU circle.”

“HBCU TV is dedicated to being a true destination for the total HBCU Experience, but more importantly, to utilize our digital and mobile platforms as a tool for recruitment, enhance the institutions’ endowments, networking, and provide tech-savvy millennials who are pursuing careers within the media and technology industries,” states Clinton Evans.

The HBCU Go app, which can be downloaded from the Google Play store, bills itself as the first and only mobile destination for the total HBCU Hangtime experience. In addition to watching the excitement, you can also invite others to “Hang Out” in your private lounge to chill and have real conversations and a chance to win prizes by playing games with your friends in real-time.