Dallas Cowboy's Dak Prescott Grieves The Loss of His Grandmother 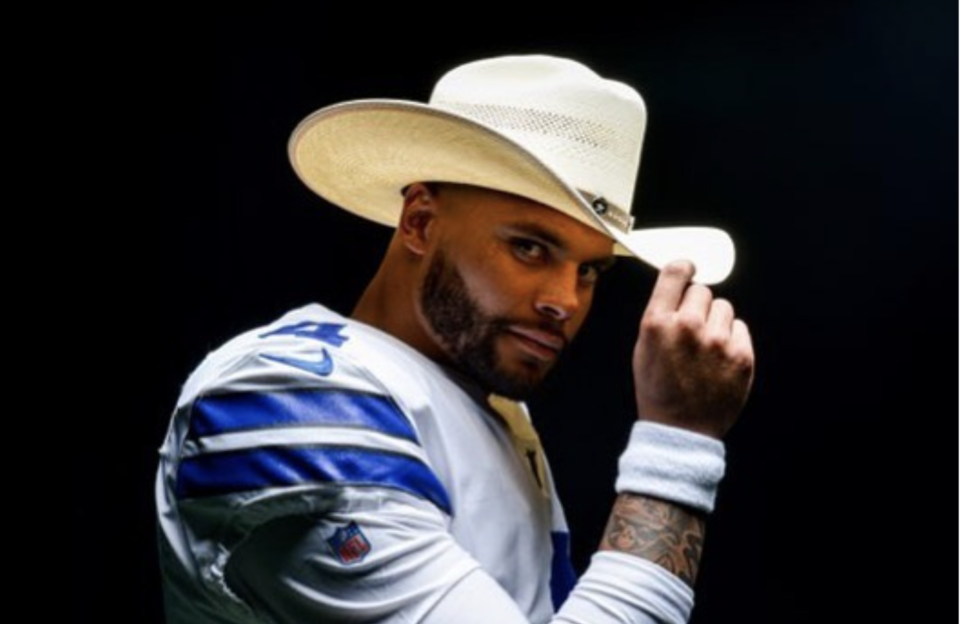 Her death compounds the other tragic losses he’s endured over the past decade.

The star quarterback announced Ebarb’s passing via a series of Instagram stories on October 29, the Fort Worth Star-Telegram reported.

Prescott wrote, “We wouldn’t be here without you, and I promise to make you proud.”

He shared in one shared post that her teachings instilled in him “what it means to be a faithful servant.”

“Rest easy, Mammy, and I love you so much… until we dance again,” he said in a posted video of him dancing with Ebarb.

Prescott makes no qualms about putting his family first. When the quarterback was first drafted by the Cowboys in 2016, the then-rookie opted to go home to spend time with his grandmother rather than make a television appearance. He also forewent an international endorsement deal.

“One of them was a late-night show with somebody. Another one was out of country, and that was definitely no. Those deals will be there. If they really want it bad enough, they will find a way.”

Death and grieving aren’t lost on the athlete either. In 2013, the Fort Worth Star-Telegram reported that the 28-year-old quarterback lost his mom to colorectal cancer in 2013. In April last year, Prescott’s 31-year-old brother, Jace, killed himself.

As the athlete tries to heal from injuries sustained on October 17, he now contends with mourning the loss of his beloved grandmother.

Our prayers to Prescott and his family.