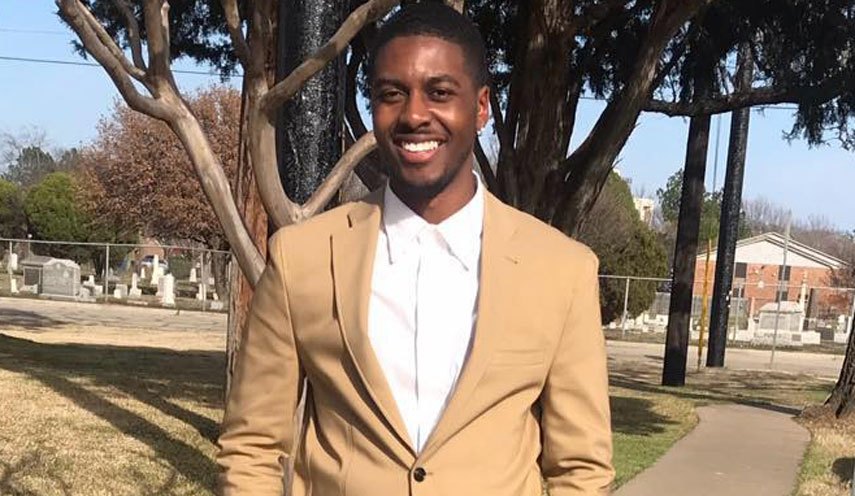 A Texas grand jury ruled out filing criminal charges against the police officer who fatally shot a University of North Texas student in January 2020.

The family of 23-year-old Darius Tarver says that he was having a mental health crisis that could have been de-escalated the night he was shot and killed by an unnamed Denton police officer, Dallas News reports. Bodycam footage shows that Tarver was holding a cleaver and frying pan when four officers attempted to get him down from a second-floor landing. Police were responding to 911 calls from residents inside an apartment complex who said a man was banging on doors and breaking light fixtures.

As Tarver approached the police, he was tased by one officer. After dropping the frying pan, he cut an officer on the shoulder with the cleaver, which resulted in the first shot being fired. Officers tased Tarver as he continued to approach. The unnamed officer then fired two additional shots, knocking Tarver to the ground. Cops applied pressure to the wounds while the ambulance arrived. But, Tarver died at the hospital.

On Thursday, a grand jury declined to indict the officer who remains on administrative duty. During a press conference two months after the fatal shooting, Denton police Chief Frank Dixon said the footage showed Tarver posed a threat to the officers as he appeared to be under the influence of drugs.

However, Tarver’s parents, Kevin Tarver and Froncella Reece, believe their son was acting erratically while having a mental breakdown due to a traumatic brain injury he suffered from a recent traffic accident. Kevin Tarver, who works as a chaplain for the McKinney Police Department, called out the unnamed officer for failing to de-escalate an encounter with someone who was facing a mental health crisis. “I’m pro-police, but I’m anti-injustice,” Kevin Tarver said. “I don’t see my son being aggressive or attacking, but being attacked.”

The family’s attorney, Lee Merrit, was shocked by the jury’s ruling. “Four officers versus one young student in a mental health crisis could not get to safety, get him to mental health care,” Merritt said, WFAA reports. “Instead they shot him to death.”

While speaking with the Dallas Observer, Kevin Tarver called out the murder in his son’s death. “It was still murder regardless of what the verdict was, so does that make you angry? Yeah,” he said. “But what do you do with the anger? I give it to God.” In a written statement, Denton police said that the internal investigation into Tarver’s shooting will end within 30 days. “Darius’ death was a profound loss for our community and a tragedy for all involved,” the department said in the statement. “We extend our condolences to the Tarver family during this difficult time.”