Darden Restaurants: 'We Will Not Cut Employee Hours Because of Obamacare 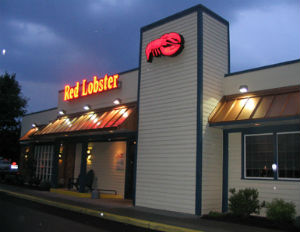 One company that was mentioned as laying off or reducing hours was Darden Restaurants, the parent company of such popular chains as: Red Lobster, Olive Garden, LongHorn Steakhouse, Bahama Breeze, Seasons 52, The Capital Grille, Eddie V’s and Yard House.

In a press release issued this morning, Darden clarified their stance regarding their plans for 2014. In the statement, they said, “None of Darden’s current full-time employees, hourly or salaried, will have their full-time status changed as a result of healthcare reform.â€ They also stated that all of their approximately 45,000 full-time employees will have access to the same insurance plan coverage.

Clarence Otis, Darden Chairman and CEO commented, “Although our workforce historically has been heavily part-time, we have always had a significant number of full-time employees and they are integral to our success. The data we have collected during our test around guest satisfaction and employee engagement has only reinforced this. As we think about healthcare reform, while many of the Patient Protection and Affordable Care Act’s rules and regulations have yet to be finalized, we are pleased we know enough at this point to make firm and hopefully reassuring commitments to our full-time employees.â€

Darden also stressed in their press release that all their restaurants, new and existing will have full-time hourly employees because that is what it takes to fully deliver the experiences guest expect.