Darnella Frazier: 'The Hero' Who Recorded Derek Chauvin is Happy He is Going to Jail 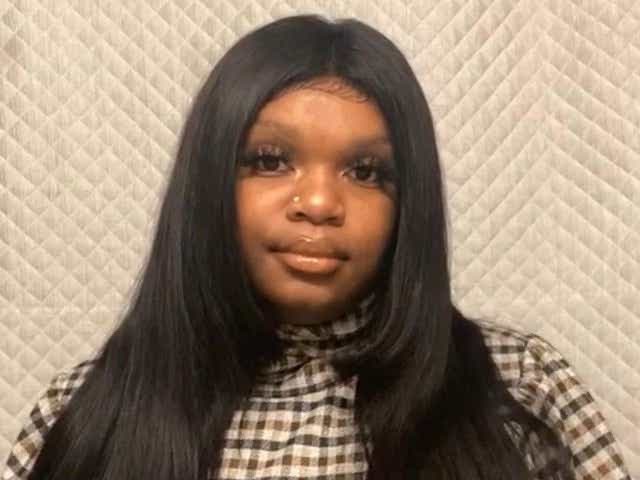 The teenage girl who filmed George Floyd’s killing is relieved that the verdict for the officer who killed him is guilty.

“I just cried so hard. This last hour my heart was beating so fast, I was so anxious, anxiety [busting] through the roof. But to know GUILTY ON ALL 3 CHARGES!!!,” Darnella Frazier wrote on Facebook.

On May 25, 2020, Frazier took to Facebook to reveal police misconduct, specifically former Minneapolis officer Derek Chauvin who had his knee pressed on Floyd’s neck and back while he was on opioids.

What she did not realize at the time was that she would be the catalyst behind a national campaign to find Chauvin guilty of second-degree unintentional murder, third-degree murder, and second-degree manslaughter.

Frazier was a minor when she witnessed Floyd’s lifeless body being squished by the 45-year-old disgraced former officer. However, in 2021, the now 18-year-old young adult was awarded a Benenson Courage Award from PEN America, presented to her in a virtual ceremony by Spike Lee, theGrio reported.

TheGrio refers to Frazier as a hero.

As Nicquel Ellis, senior CNN race and equality reporter, said in her Wednesday morning appearance on New Day, “we can only assume the video evidence weighed very heavily on the jurors’ decision. This is a young woman, a 17-year-old girl who saw something that did not look right to her. She pulled out her cellphone and she began recording.”

“This woman testified in court that she wished that she could have helped George Floyd at that moment, but little did she know the video she took made a huge difference in the trial,” Ellis added.

In previous incidents involving police killings of Black people, such as Dontre Hamilton, Eric Garner, Michael Brown Jr., none of those victim’s families saw the accused officers get convicted. However, according to The Hill, Chauvin’s guilty convict restored some Black people’s faith in the criminal system.