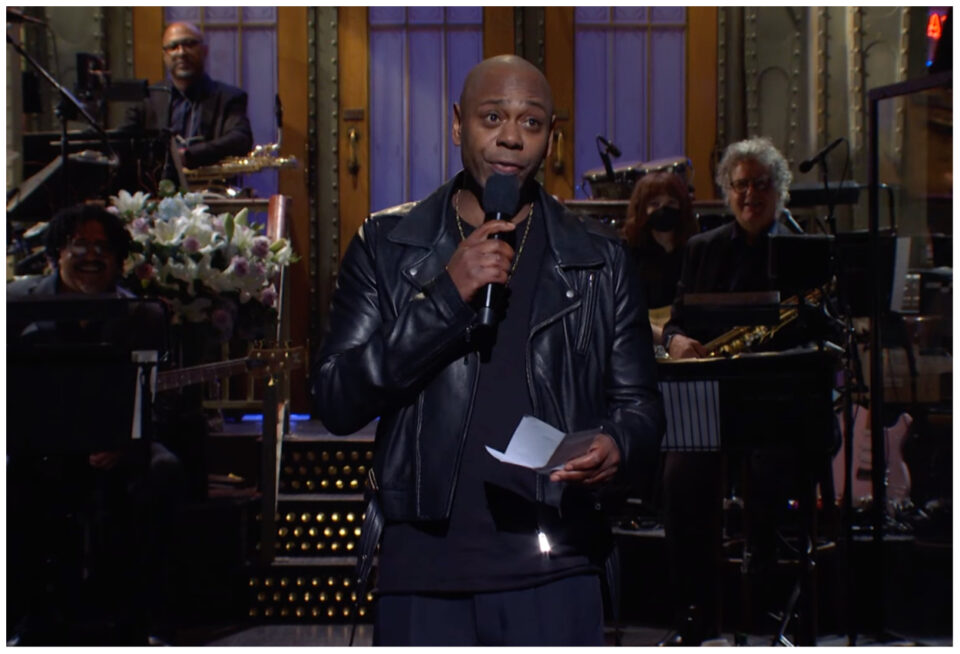 Comedian Dave Chappelle appeared on Saturday Night Live on Nov. 12, and the funnyman delivered a hilarious monologue that is sure to ruffle some feathers.

Chappelle made light of the controversy surrounding anti-Semitic comments made by musician Kanye West, who now goes by Ye, when the musician appeared on the podcast Drink Champs in October.

“He said, ‘I can say anti-Semitic things, and Adidas can’t drop me. Now what?’ Adidas dropped that N— immediately. Ironically, Adidas was founded by Nazis, and they were offended,” joked Chappelle.

“He broke the showbusiness rules… If they’re Black, then it’s a gang, if they’re Italian, then it’s a mob, but if they’re Jewish, it’s just a coincidence and you should never speak about it,” joked Chappelle.

Chappelle also joked that West got into so much trouble, he got Brooklyn Nets baller Kyrie Irving into trouble. Irving apologized after he shared a link on Instagram to a movie he saw on Amazon that is reportedly anti-Semitic.

The comedian was the focus of controversy himself following the debut of his 2021 Netflix special, The Closer. Chappelle was accused of being transphobic in the special and was later nominated for two Emmy Awards. Upon being booked to host Saturday Night Live, reports that writers on the show were boycotting Chappelle began to circulate. However, a representative of Chappelle’s denied the rumors.

“The room was full of writers. They all pitched ideas and they seemed very excited about it. … Dave is looking to have some fun,” said the rep.

Chappelle did not address the controversy surrounding The Closer during his appearance except to say that it shouldn’t be “this scary” to do his job.

“It shouldn’t be this scary to talk about anything, it makes my job incredibly difficult,” he said. “I thank you for your support. I hope they don’t take anything away from me. Whoever they are. We got a great show tonight!”