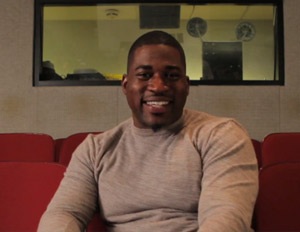 Over the course of the past few weeks, the nation has been fixated on the death ofÂ Trayvon Martin. The 17-year-old who was shot and killed in Florida by neighborhood watchman George Zimmerman,Â who claims the unarmed boy looked “suspicious” and was up to no good. No weapons were found on Martin, who only had a bag of Skittles and a bottle of iced tea on him. No charges have been filed against Zimmerman, who says he was attacked by Martin and only acted in self-defense, despite the fact that 911 operators instructed him to not follow Martin. The resulting death of another young Black man and the fact that Zimmerman has yet to be charged has evoked a firestorm of controversy and backlash. Hip-hop artist/producer andÂ BlackEnterprise.com contributing blogger David Banner recently stopped by the BE offices to express his frustrations with the Martin incident and the system that allows his shooter to walk free. Listen below to hear Banner’s passionate perspective on the life and death of Trayvon Martin and what changes need to be made.