15,000 National Guard Troops Will Be In Washington D.C. For Inauguration 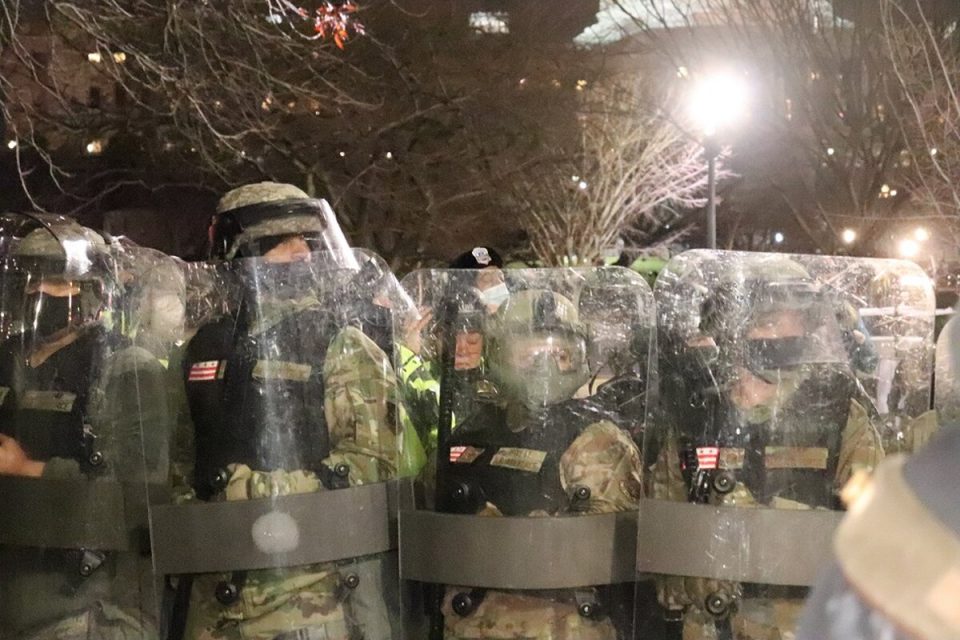 Due to Trump supporters storming the Capitol last week leading to the death of five people, 15,000 National Guard troops will be on hand in addition to a bevy of federal agents to protect Biden as well as former presidents Barack Obama, Bill Clinton, and George W. Bush, who all have committed to attending the event.

Mayor Bowser said her biggest concern was another large group of Trump supporters coming to the city again to wreak havoc next Wednesday.

“if I’m scared of anything, it’s for our democracy, because we have very extreme factions in our country that are armed and dangerous,” Bowser told reporters at a news conference Monday. “Trumpism won’t die on January 20.”
National Guard troops from Maryland, New Jersey, and Virginia came to Washington D.C. Wednesday to assist in taking back the capital and restoring order. Many of those troops are expected to stay until several days after the inauguration.
Bowser added in the conference that she’s asked Trump and acting Homeland Security Secretary Chad Wolf to declare a pre-disaster declaration for DC. The declaration would open up additional funds for the city’s security efforts on inauguration day. She also asked the Trump administration to cancel public gathering permits between Jan 10 and 24.
According to CNN, Bowser wrote a letter to Trump  saying that despite the city’s security plans, “significant preparedness gaps remain that cannot be remedied without this emergency declaration and direct federal assistance.”
Whether the Administration has complied with those requests is unknown. Last month, President-elect Joe Biden cautioned against traveling for the inauguration citing the coronavirus pandemic. Many of the day’s events have been altered to be conducted virtually in order to allow Americans to participate.

Gen. Daniel Hokanson, the chief of the National Guard Bureau also said Monday that 10,000 National Guard troops are expected to be in the city by Monday night and more are coming. One hotel has already announced it will be closing its doors for short-term stays around the inauguration.