Deadbeat Dad Busted After Flaunting Wads of Cash on Facebook 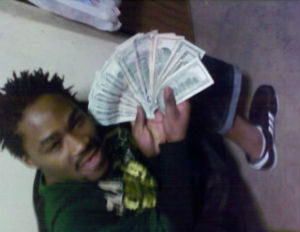 Christopher Robinson of Milwaukee, Wisconsin, now faces multiple felony charges, after it was revealed that he had taken a number of photos on Facebook with wads of money even though he’s been telling authorities that he’s “indigent” and hasn’t made a single child support payment for his 2-year-old child, NewsOne reports.

According to a story originally reported by CBS58, Milwaukee County Chief Deputy District Attorney Kent Lovern said that photos on Facebook have helped them find out if someone is lying about their finances in the past.

“It’s a great investigative tool for us, because it gives us a glimpse in to their real lives that our targets may be living.â€