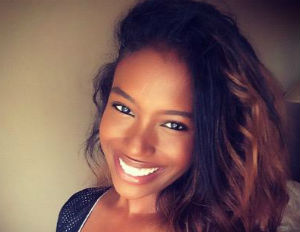 Deanii Scott, Hot 97‘s social media producer, shared on WBLS her defining moment in black history. In observance of Black History Month, WBLS has created the series, Defining Moments in Black History. Scott shared that her moment occurred when she voted in the 2008 presidential election for Sen. Barack Obama, who would become our country’s first black president. It was her first time voting, and she had just started attending an HBCU.

[Related: This Day In History- Charles Barkley Is Born]

Scott recalls that on that Election Day she woke up early. She walked to her neighborhood voting booth with a large group of people who waited on a long line, but they didn’t care how cold it was. When Obama was elected that night, Scott says, “it was an amazing feeling, no negativity anywhere, just positivity and excitement.” From that day on, she knew the power of possibility. Without that election, Scott says, she would be a different person. The election helped her to become theÂ eternally grateful woman she is today.

Be sure to watch the full video below.