Debate About School Choice in Florida Erupts on NewsOneNow 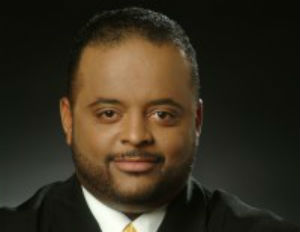 On Tuesday, May 19, on NewsOneNow, host Roland Martin spoke with Rev. Dr. Manuel Sykes, a former president of a Florida branch of the NAACP, which is now supporting a lawsuit that seeks to block one of the largest school choice programs in the country. After speaking with Rev. Sykes, one of several leading ministers in Florida who are vocally criticizing the NAACP’s stance, a spirited debate erupted in the newsroom. See the video below. For more context, read the following excerpt from an article on the education site of Watchdog.org.

The struggle for school choiceÂ is heating up to a rolling boil in the state of Florida, with 70,000 students and their parents the unwitting, unwilling pawns in the conflict.

In 2014, the Florida LegislatureÂ broadly expanded the eligibility criteria for an established statewide education choice initiative that serves primarily poor, minority students. This Florida tax-credit scholarship program is wildly popular among students and parents throughout the state, as many of these students and their parents have not fared well in their local public schools,Â havingÂ instead found success using these scholarships to attend private schools.

Florida corporations are in favor of the program because their state corporate taxes are lowered directly proportionate to how much money they donate to the program.

As one might expect, however, powerful special interests from the state capitol were not happy with this expansion.

Immediately upon the announcement of the program’s expansion,Â these entities linked arms andÂ filed suit to have this worthwhile program scrapped. The usual suspects were involved —Â the statewide teacher’s unions, the superintendent’s association, the school board association — they all circled the wagons, Â joining forces to attempt to fight these scholarships in court.

Their logic for initiating this litigation looks like a clinic on maintaining message discipline. They decry the diversion of potential state revenue, loudly and often, re-stating their firm belief that if they just had ALL the taxpayer resources then they could “fixâ€ ALL the schools.

Astonishingly, this coalition against student and parent educational choice has now managed to gain the support of the Florida branch of the NAACP in its quest to kill school choice for poor Floridians.Â In a bit of sad irony, the primary recipients of these scholarships are poor minorities, chiefly African American students.