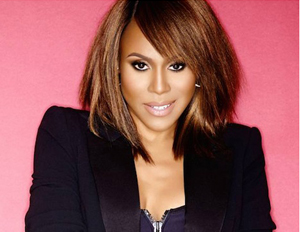 Deborah Cox solidified herself as one of the greats in 1998 when she released “How Did You Get Here?” The single, showcasing Cox’s powerhouse vocals, limitless range and perfected control, was such a hit that it spent 14 weeks at number one on the Hot R&B charts and eight consecutive weeks at number two on the Billboard Hot 100. We may not hear the Canadian songstress regularly seep through our radios, but her immeasurable talent is always a part of the conversation when we discuss music’s elite.

Ms. Cox is still making moves, just in a quieter fashion than her starting days. In fact, she’s set to star on Broadway as the iconic Josephine Baker. The musical, Josephine, debuts in April and runs through Sunday, May 29.

Josephine chronicles the historic performer’s life from 1939-1945, according to Indie Wire. Inspired by the book, Remembering Josephine, the production “revolves around Baker’s stint as the star of theÂ Folies Bergere in Paris 1939-45, her scandalous affair with Swedish Crown Prince Gustav VI, and her heroic service in the French Resistance during World War II.”

This makes several of Cox’s Broadway appearances. She landed the starring roles in Aida and Jekyll and Hyde. Some may also be surprised to discover it was Deborah Cox who provided the vocals for the Lifetime Whitney Houston biopic, Whitney.