The number of black managers in the nation’s financial services industry is seeping downward, a new report by the U.S. Government Accountability Office reveals.

Representation of African Americans at various management levels fell from 6.5% to 6.3% from 2007 through 2015. The findings are part of the GAO’s Financial Services Industry: Trends in Management Representation of Minorities and Women and Diversity Practices, 2007–2015 report.

The new report came after Rep. Maxine Waters (D-Calif.), Sen. Sherrod Brown (D-Ohio), and Rep. Al Green (D-Texas) requested that the GAO update an April 2013 report to assess the racial, ethnic, and gender diversity of the workforce in the financial services industry. Banks, thrifts, credit unions, mortgage, investment and insurance companies are among businesses in the sector.

Greater accountability and transparency are among forces that need to be instilled to improve the diversity management numbers in the financial industry, advocates say.

The GAO financial markets team that compiled the new report did not make any recommendations on changes financial services firms need to make in their diversity management hiring practices, says Lawrance Evans, managing director of financial markets and community investment at the GAO.

He says the GAO typically does not make recommendations to private sector entities. Instead, the GAO makes suggestions to industry regulators if it concludes policy changes are needed in a specific area.

Democrats who asked for the report were not pleased with some of the GAO’s latest findings. “It is important that we improve the racial, ethnic, and gender diversity in the financial services industry workforce,” stated Waters, Ranking Member of the House Committee on Financial Services.

“In this report, the GAO found only a modest improvement in the overall representation of minorities in management positions in the financial services industry from 2007 through 2015, and the report very troublingly shows that representation of African Americans actually decreased at various management levels, despite the increasingly diverse racial and ethnic demographic makeup of the American population. This is unacceptable. Diverse representation in the management of these institutions is essential in order to ensure that all consumers have fair access to credit, capital, and banking and financial services.”

Ranking Member of the Senate Committee on Banking, Housing, and Urban Affairs, Brown stated, “The GAO report is troubling. Improving diversity in these positions, particularly senior-level positions, is critical to ensure all communities are well-served. American prosperity succeeds when everyone has access to financial services tools and are able to fully participate in the economy.”

Green, Ranking Member of the House Financial Services Subcommittee on Oversight and Investigations, stated, “Although I’m heartened to see that overall representation of women and minorities in the financial services industry has increased, I am deeply concerned that representation of African Americans at various management levels has decreased. To continue to meet the challenge of improving workforce diversity, I strongly support making firm-level diversity data publicly available. As a major source of U.S. economic growth, the management should indeed reflect the consumers they serve. ”

The diversity data helps to bring transparency to the levels of minority and women representation in the financial services sector, particularly at the senior management level. 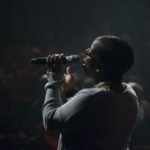 Bandbasher Allows Artists to Build their Industry Network through the Platform 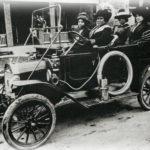 Move Over Oprah and Jay-Z! The Roots of Black Wealth Run Deeper Than We Ever Dreamed

FacebookTwitterYoutube
← Bandbasher Allows Artists to Build their Industry Network through the Platform ← Move Over Oprah and Jay-Z! The Roots of Black Wealth Run Deeper Than We Ever Dreamed
×
'