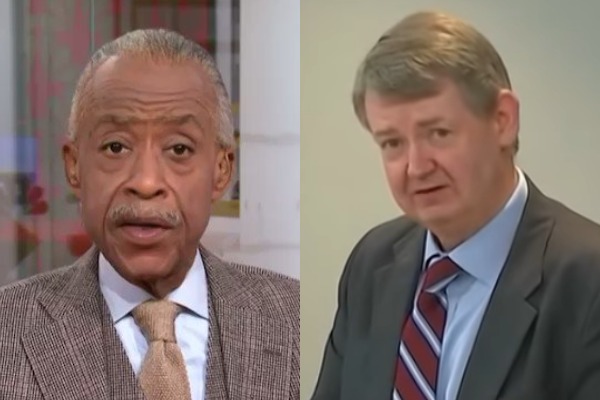 After Rev. Al Sharpton sat through day five of the Ahmaud Arbery trial, a defense attorney spoke out against “Black pastors” being present, Fox 5 Atlanta reports.

Gough took issue with Sharpton and other prominent Black figures being present throughout the trial. During the day five proceedings, the state showed a four-hour-long deposition with Larry English, the owner of the unfinished home where Arbery was before the shooting.

The state and defense highlighted surveillance footage that seemingly confirmed claims of Arbery on the property in the months leading up to the shooting and the day of the shooting.

As serious as the findings were, it was Gough’s outburst against Black pastors that took center stage.

“There’s only so many pastors they can have, and if their pastor is Al Sharpton, then that’s fine. That’s it,” Gough said.

“We don’t want any more Black pastors coming in here or Jesse Jackson or whoever that was earlier coming in here and sitting with the victim’s family trying to influence the jury in this case.”

Gough felt the presence of Black leaders was an attempt to sway the jury, which consists of 11 white jurors and one Black juror.

“If we are going to start a precedent where we are going to have high profile members of the African American community into the courtroom to sit with the family in the presence of the jury, then I believe that’s intimidation and an attempt to pressure,” Gough said.

But Judge Walmsley cut Gough off, noting how Rev. Sharpton caused no disruptions, and he didn’t see an issue with him being present in court.

“I’m not going to blanketly exclude people from the public from this courtroom,” Walmsley said.

Rev. Sharpton has since released a statement blasting the “arrogant insensitivity” of the defense attorney as the trial continues.

“The arrogant insensitivity of attorney Kevin Gough in asking a judge to bar me or any minister of the family’s choice underscores the disregard for the value of the human life lost and the grieving of a family in need of spiritual and community support,” Sharpton said.

“My attendance yesterday and in the days to come is not disruptive in any way and was at the invitation of the family of Ahmaud Arbery who have stated that publicly.”

“The only way I could have been identified as a member of the ministry is if I was recognized for my public position and leadership,” he continued. “How else would the defense attorney know who was a “Black pastor” or not?”

“This objection was clearly pointed at me and a disregard to the fact that a mother and father sitting in a courtroom with 3 men that murdered their son do not deserve the right to have someone present to give spiritual strength to bear this pain. This is pouring salt into their wounds.

“I respect the defense attorney doing his job but this is beyond defending your client, it is insulting to the family of the victim.”