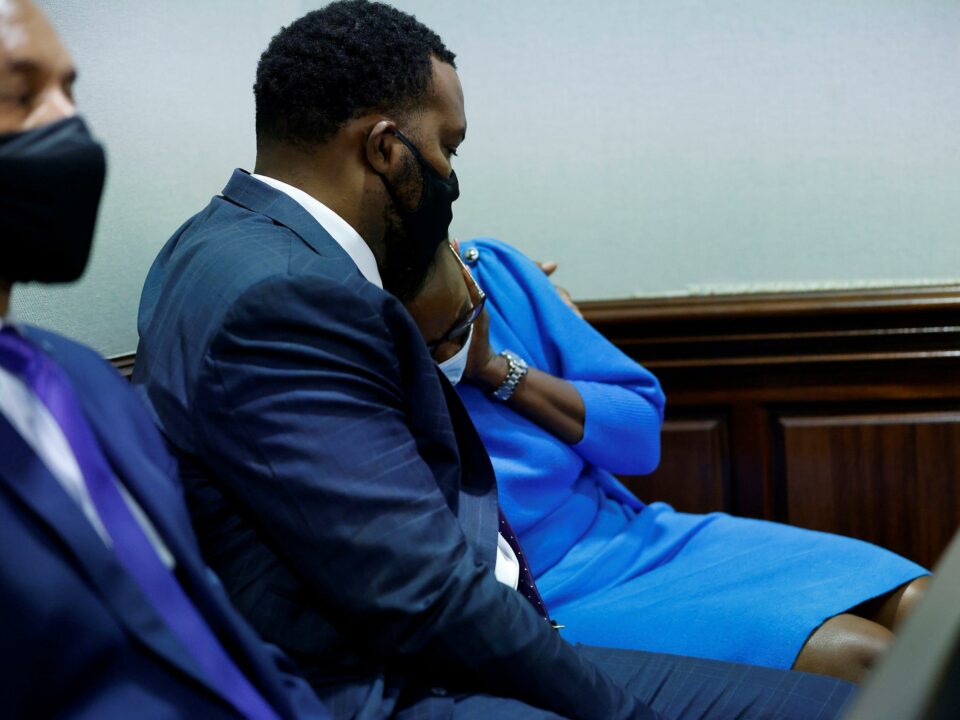 Defense lawyers for the three men on trial for the killing of Ahmaud Arbery last year called for a mistrial Monday, arguing jurors could be swayed when Arbery’s mom cried in court.

Judge Timothy Walmsley adjourned the trial after he heard “weeping in the back” during witness testimony. However, according to Business Insider, defense attorney Kevin Gough called for a mistrial before the judge could continue, and defense attorney Robert Rubin joined in the motion, adding he noticed several jurors watch Arbery’s mom cry and express sympathy.

“At this point, I’m not exactly sure what you’re doing,” Walmsley told the defense lawyers. “At this point, it’s almost as if you’re just trying to continue this for purposes other than just bringing it to the court’s attention, and I find that objectionable from the court’s standpoint.”

Gough tried to plead his case once again, but the judge quickly interrupted him, “I’m done talking about this,” Walmsley said sternly.

Defense lawyers for Gregory McMichael, Travis McMichael, and William Bryan have made several requests that have raised eyes during the trial. Last week, Gough asked that “no more Black pastors” be allowed in the courtroom. On Monday, Rev. Jesse Jackson appeared in the court’s gallery leading Gough to ask, “How many pastors does the Arbery family have?”

Walmsley added steps had been made to ensure the jury wasn’t influenced by anything happening outside the courthouse.

Bryan and the McMichaels are facing charges of felony murder, aggravated assault, and false imprisonment in the death of Arbery, who died in February 2020.

Only one Black person is on the 12-person jury, despite the population of Glynn County, GA, being about 25% Black.

During the jury selection process, prosecutors accused the defense attorneys of intentionally dismissing Black jurors. Walmsley agreed there seemed to be “intentional discrimination” but found no fault in the defense’s dismissals of potential Black jurors.