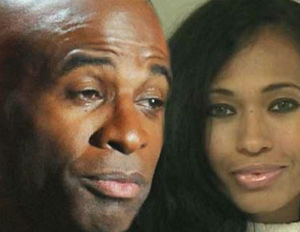 Former NFL star and now CBS commentator Deion Sanders is furious with a Texas judge after he was ordered to pay $10k in child support to his estranged wife, Pilar Sanders.

Deion and Pilar have been embroiled in a contentious and heated divorce and custody battle.

The former NFL star has filed documents challenging the judge’s decision claiming that it is six times more than Texas law requires.