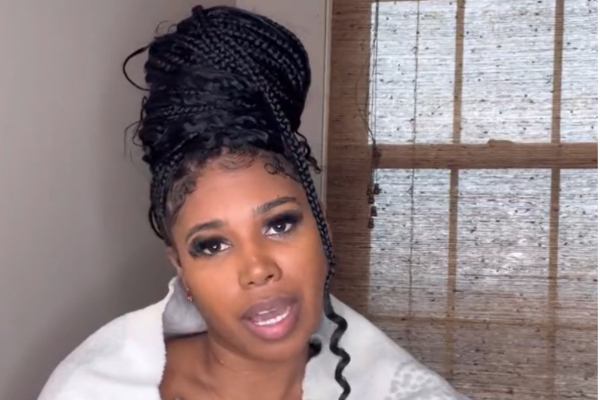 Deion Sanders’ oldest child is apologizing on Twitter after admitting to “exaggerating” her claims of “murders” and robberies at Jackson State University.

Deiondra Sanders, 30, the eldest of Sanders’ five children, posted a video on Sunday apologizing for shocking claims she made about the HBCU her father coached at for three seasons before leaving in December.

Her apology came after her recent appearance on the Baller Alert Show, where she made claims of feeling unsafe at JSU during her father’s time coaching their football team, The Clarion-Ledger reports.

“The thing that people don’t know is like … it is more than football in Jackson,” Deiondra said.

“When my dad makes a decision, he thinks about all aspects of his kids. People don’t realize he has to get his kids to go to that school, also.

She went on to make claims of regular “killings” and “stealing” taking place at the school while praising her father for “giving back” by coaching the team for three seasons before taking a coaching position in Colorado.

When asked if Deion felt safe at the school, Deiondra explained her claims were her thoughts on the school.

“I don’t know what he felt. I am just saying I would not have felt safe there. I don’t know what my dad felt,” she said. “I would feel safe on campus, but the stuff I would see and hear … my dad gave a lot to Jackson for him to be doing stuff like that. What more could he have done? He did all that he said he would.”

Following backlash over her claims, Deiondra took to Twitter days later to post a video apologizing for how she “exaggerated” her claims.

“It may not have been every few months but it did happen, lets not get it twisted!!” Deiondra tweeted. “Its a-lot y’all dont know about but I do apologize for exaggerating. I had no ill intent with my comments.”

It may not have been every few months but it did happen, lets not get it twisted!! Its a-lot y’all dont know about but I do apologize for exaggerating. I had no ill intent with my comments. pic.twitter.com/O2X5Oas9hw

“I would like to apologize for a comment that I recently made concerning the JSU murders,” she wrote.

“I do feel that I exaggerated due to the fact, that every time I did come to town I was made aware of shootings, murders and robberies on campus, around the campus, and in the city. I really do apologize for what I said. It’s just that it did happen while my family was there that the public was not made aware of. But, I should not have exaggerated like that and I do apologize to the whole JSU community and JSU campus and everybody apart of JSU.”