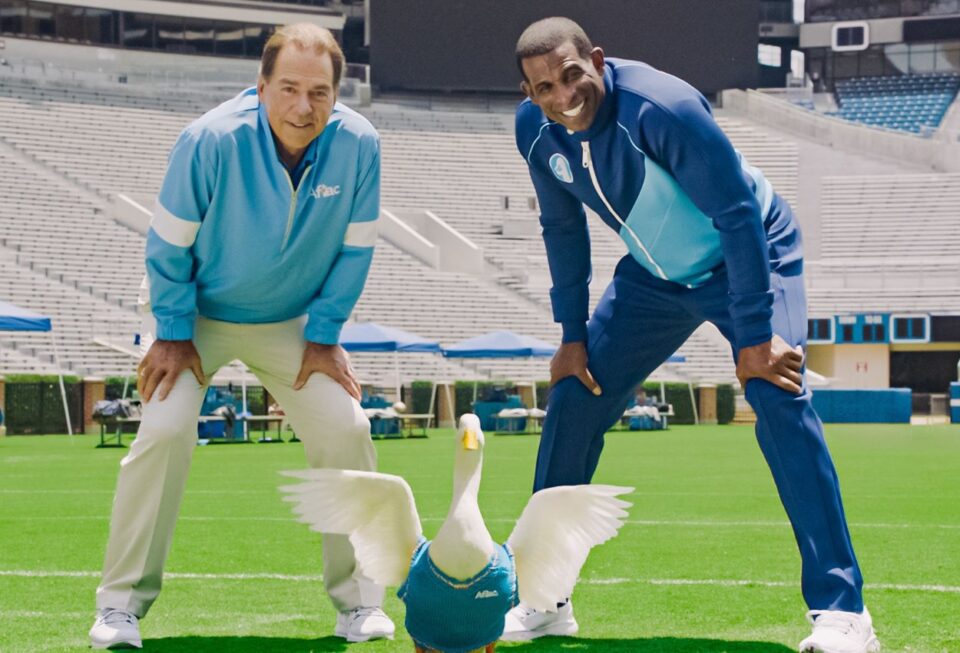 The haters in the college football community have come for Deion Sanders ever since he started making things happen at Jackson State University.

According to CBS News, University of Alabama football coach Nick Saban, accused Coach Prime and Jackson State University of using the name, image, and likeness (NIL) protocols to pay the number one recruit $1 million to play at the HBCU.

“Jackson State paid a guy $1 million last year who was a really good Division I player to come to their school,” Saban said. “It was in the paper, and they bragged about it. No one did anything about it.”

You best believe I will address that LIE Coach SABAN told tomorrow. I was & awakened by my son @ShedeurSanders that sent me the article stating that WE PAYED @TravisHunterJr a Million to play at @GoJSUTigersFB ! We as a PEOPLE don’t have to pay our PEOPLE to play with our PEOPLE.

I got A mil?😂But my mom still stay in a 3 bed room house with five kids 🤣

As Coach Prime said, he doesn’t even make a million!

The New York Post reported that Saban has gone on record saying he has reached out to Sanders who refuses to take his call.

Sanders admitted this during an interview with Andscape: “I haven’t talked to Coach Saban. I’m sure he’s tried to call. We need to talk publicly—not privately. What you said was public. That doesn’t require a conversation. Let’s talk publicly and let everybody hear the conversation.