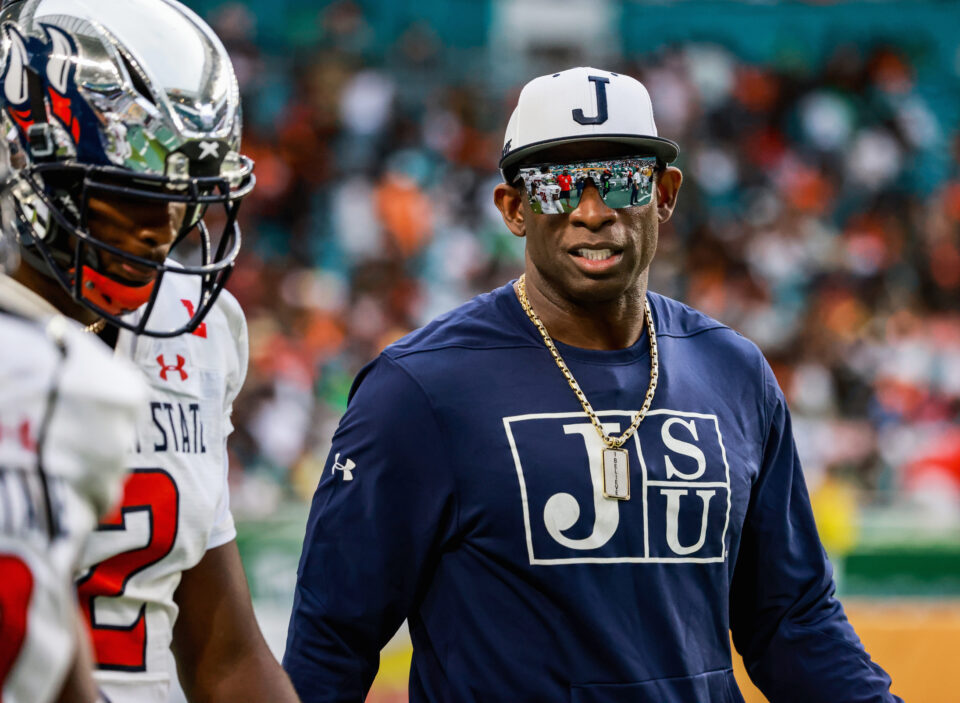 There’s never been a time over the course of his playing and coaching career that Jackson State University football head coach Deion Sanders wasn’t in demand. Now, according to 247Sports, the NFL Hall of Famer has been contacted by two major colleges, Colorado and South Florida, about taking over the head coach positions.

A third school is rumored to be interested in his services as well. Sanders previously interviewed at Colorado State and TCU.

With Coach Prime’s Jackson State team sporting an 11-0 record, Sanders’ name has been coming up more recently in discussions about leading schools on the FBS (The NCAA Division I Football Bowl Subdivision, which was once known as Division I-A) level. Sanders said in a 60 Minutes interview earlier this year that he would definitely entertain joining a Power Five coaching position.

The scenario makes sense as Sanders has turned the Jackson State program around. It is now a powerhouse as it heads into the postseason. This is Sanders ‘third season at the helm of the football team. His undefeated Tigers will be playing for the SWAC championship on Dec. 3. If they continue their current winning streak, they will be participating in the Celebration Bowl, where the MEAC champions will be waiting for them.

Sanders is 26–5 as the head coach at Jackson State.

Since taking over as head coach of Jackson State University in 2020, he’s energized football among the HBCUs. His impact was felt immediately and has been a magnet for nationally recognized recruits, who have committed to the team because of his influence and coaching skills.

Sanders’ career in football is remarkable. He was a two-time All-American at Florida State, and was a superstar during his 14-year NFL veteran, winning two Super Bowls after the 1994 and 1995 seasons. He’s also a big endorser for Under Armour.