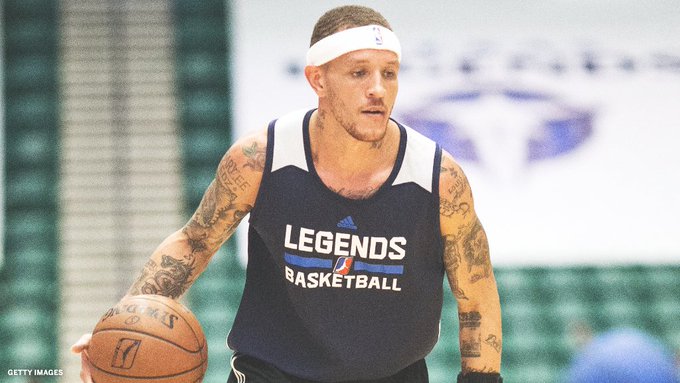 The trials and tribulations of former NBA player Delonte West may have a happy ending! On Twitter this week, The Athletic‘s Shams Charania had reported that West is now an employee at the same facility in Florida that he spent his rehab in.

Update on Delonte West: West now has a job at the Rebound therapy center in Florida, which is the rehab facility he attended.

Dallas Mavericks owner Mark Cuban reunited West with his mother in September and has stayed in close contact.

BLACK ENTERPRISE has been keeping tabs ever since we reported that the former Dallas Mavericks player had recently been photographed panhandling after falling on hard times. Dallas Mavericks owner Mark Cuban had offered to pay for West’s rehab at the time.

The 37-year-old ex-NBA player, who has been diagnosed with bipolar disorder, has been battling substance abuse issues and homelessness. After Cuban got in touch with West’s mother, Delphina Addison, he reunited her with West at a gas station. The former Dallas Mavericks player, at the time, entered a rehab facility in Florida with the help of the Shark Tank star. This took place in October 2020.

In November, the Shark Tank cast member had given an update on the progress of the recovery of West with two recent photographs of the ex-basketball player on Twitter and a statement that noted, “It’s still an uphill battle, but he is climbing!”

Over his NBA career, West averaged 9.7 points and 3.6 assists per game while playing for four different teams, the Dallas Mavericks, the Cleveland Cavaliers, the Seattle SuperSonics, and the Boston Celtics. He last played for the Mavericks in the 2011-12 season.

We hope that West continues on his way to having a productive life and that his troubles are now in the past!