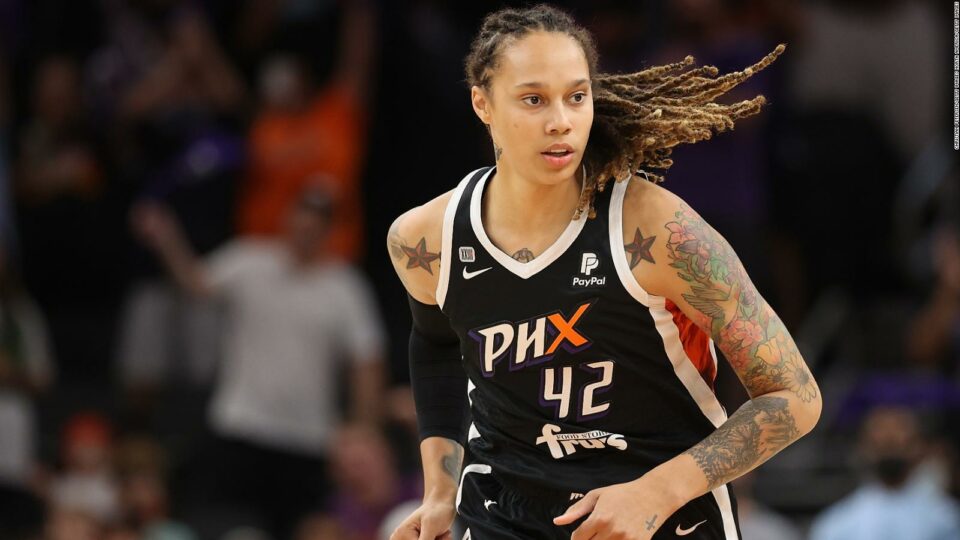 Calls for the release of Phoenix Mercury forward Brittney Griner from Russia are growing after the two countries exchanged prisoners earlier this week.

President Joe Biden announced Wednesday that U.S. Marine veteran Trevor Reed was exchanged for jailed pilot Konstantin Yaroshenko in a prisoner swap. The swap comes after years of advocacy by Reed’s family and recent reports that Reed’s health was declining.

Reed was arrested in Russia for public intoxication in 2019 while Yaroshenko was sentenced to 20 years in prison in 2011 after conspiring to bring more than $100 million worth of cocaine to the U.S.

Griner, who plays basketball in Russia during the WNBA’s off-season, was arrested in the country two months ago on accusations of drug trafficking over her alleged possession of hashish oil. The success of the prisoner swap has led many of Griner’s advocates to believe a release can be negotiated.

Griner’s wife, Cherelle, released a statement on Instagram welcoming Reed home. U.S. officials met with Griner late last month adding she was in good condition and spirits and her biggest gripe was that her bed wasn’t long enough.

While there is hope for Griner’s release, it took almost three years before Reed was released. Additionally, Griner’s drug charges are more serious than Reed’s, meaning it could take longer for Griner to be released.

Biden said in a statement that the negotiation for Reed’s release was not easy.

“The negotiations that allowed us to bring Trevor home required difficult decisions that I do not take lightly,” Biden said Wednesday in a statement announcing the swap. “His safe return is a testament to the priority my Administration places on bringing home Americans held hostage and wrongfully detained abroad.”

While many were hoping Biden would mention Griner as a prisoner his administration is working to release, the president brought up Paul Whelan, who was arrested in Russia in 2018 and accused of spying. In June 2020, Whelan was sentenced to 16 years behind bars in Russia.

According to the Dallas Morning News, Officials in the Biden administration have said they have worked to ensure that Russians follow international conventions and treat her fairly.

“When it comes to Brittney Griner, we are working very closely with her team. Her case is a top priority for us,” State Department spokesman Ned Price told CNN on Wednesday morning. “We’re in regular contact with her team.”