Demaryius Thomas Passed Away from 'Complications of a Seizure Disorder 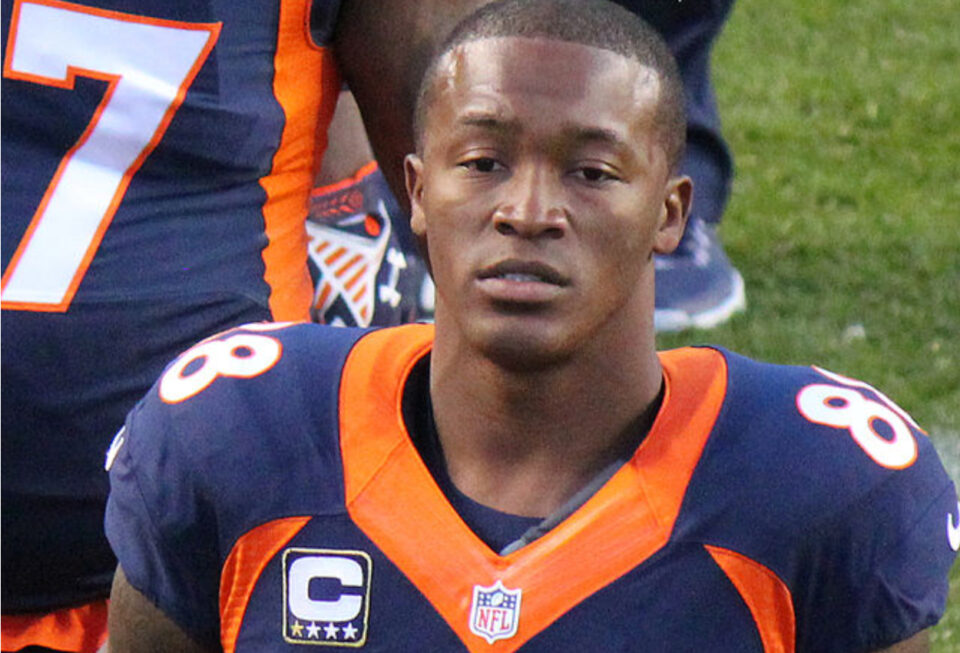 NFL player Demaryius Thomas was found dead in his home late last year in Georgia. After his family shared last month that he had stage two chronic traumatic encephalopathy (CTE), authorities revealed an official cause of death late last week.

According to USA Today, the former Pro Bowl wide receiver died due to “complications of a seizure disorder” in December based on an autopsy report from the Fulton County (Ga.) Medical Examiner’s office.

As BLACK ENTERPRISE previously reported, Thomas was found dead on Dec. 3 in his Roswell, Georgia, home. An autopsy was immediately done the next day. At that time, the medical examiner’s office released a written statement that stated: “the cause and manner of death are pending the completion of laboratory studies and microscopic tissue samples.” Now, it is being reported that Fulton County Medical Examiner, Karen Sullivan, stated the cause of Thomas’ seizure disorder is not clear.

“It is unknown whether Mr. Thomas’ seizure disorder is a result of natural causes or a sequela of head impacts incurred during his career as a professional football player, and the reviewed medical records do not include an etiology for Mr. Thomas’ seizures.”

In July, according to a statement released by the Concussion Legacy Foundation (CLF), with permission from Thomas’s family, the former Denver Broncos wide receiver’s brain was diagnosed with stage two (of four) CTE. Boston University’s CTE Center researchers performed the brain study through the CLF.

The study raised awareness of CTE and encouraged the football community to support research.

“Once I became aware of CTE and began to familiarize myself with the symptoms, I noticed that Demaryius was isolating himself, and I saw other changes in him,” said Katina Smith, Demaryius’ mother, in a written statement.

“He was just so young, and it was horrible to see him struggle. His father and I hope all families learn the risks of playing football. We don’t want other parents to have to lose their children like we did.”

As a Denver Broncos player, Thomas was a major force for the team, winning five AFC West titles, two AFC Championships, and a victory in the Super Bowl in 2016. He last played in the NFL in 2019, playing 11 games for the New York Jets. He officially retired from football last year.