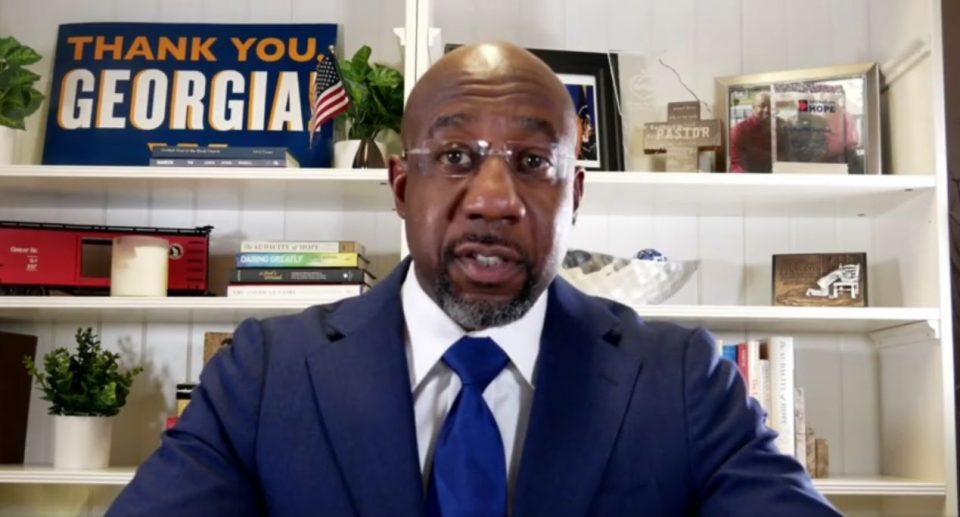 The Associated Press announced that Democrat Rev. Raphael Warnock has beaten Republican incumbent Senator Kelly Loeffler to become the first Black senator in Georgia’s history. His victory places the Democrats closer to having the majority in the Senate.

Warnock’s victory symbolizes the shift from a Republican stalwart in the Peach State following the victory of President-Elect Joe Biden in the general election in November. Before Biden, a Democratic presidential candidate hadn’t won Georgia since 1992.

“I come before you tonight as a man who knows that the improbable journey that led me to this place in this historic moment in America could only happen here,” Warnock said in a speech early Wednesday morning, according to CNBC. “I promise you this tonight: I am going to the Senate to work for all of Georgia, no matter who you cast your vote for in this election.”

NEW: Rev. Raphael Warnock on his mother: “The other day, because this is America, the 82-year-old hands that used to pick somebody else’s cotton went to the polls and picked her youngest son to be a United States senator.” https://t.co/ocEFR2PyFH pic.twitter.com/eMMs2bjBz3

Warnock, the senior pastor at Ebenezer Baptist Church, defeated Loeffler, who had been appointed to temporarily fill the seat she currently occupies after former Republican Sen. Johnny Isakson retired early.

Following in the footsteps of outgoing President Donald Trump, Loeffler has refused to concede.

“We’ve got some work to do here. This is a game of inches. We’re going to win this election,” said Loeffler, a 50-year-old former businesswoman who is also co-owner of the WNBA’s Atlanta Dream.